A boost for blooms with bite 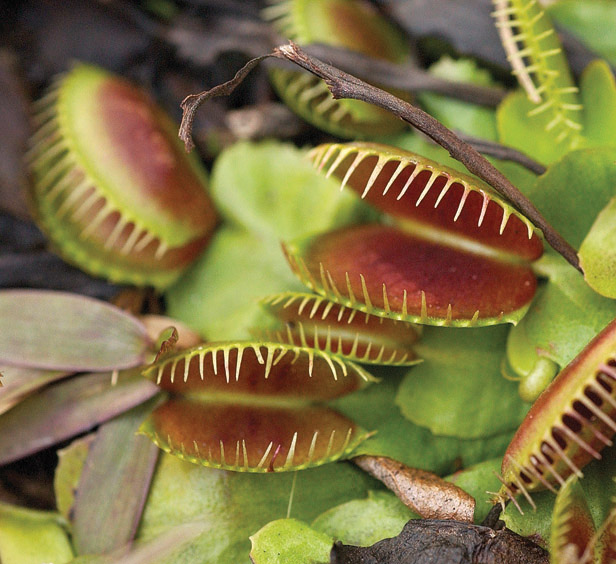 The garden at the Piney Ridge Nature Preserve may look normal, but beneath the field of small white blossoms are bright green plants with red mouths and spindly teeth waiting to snap shut, enclosing unassuming prey.

During the Fourth Annual Flytrap Frolic, children will learn about unique species native to the coast of the Carolinas, like Venus flytraps, pitcher plants and sundews in the Stanley Rehder Carnivorous Plant Garden.

The event is organized by the N.C. Coastal Land Trust to encourage conservation of the plants at a young age.

“This is the only place on Earth they grow naturally. If we’re able to educate students to be good citizens and stewards of the plants and the land they grow on, there is a much higher chance for this species to stay robust,” Borrett said.

Conversation efforts are especially important this year after more than 1,000 plants were poached from the garden in May 2013.

Rep. Ted Davis Jr., R-New Hanover, who sponsored a bill declaring flytrap theft a felony in New Hanover County, will speak to elementary school students at the garden the day before the Flytrap Frolic. The bill will be considered during the General Assembly’s short session in May.

“That’s an important piece of the puzzle for protecting the flytrap,” Borrett said.

Proceeds from the event, including legal sales of flytrap plants cultivated from the garden, will be used to restore lost plants to the garden.

The Flytrap Frolic will take place April 26, from 9 a.m. to 1 p.m., in the Stanley Rehder Carnivorous Plant Garden.

Borrett is confident the plants are fun enough to keep kids entertained.

“What other plant can snap shut on a frog and eat it? …There are fairy tales about this kind of stuff and it happens in our backyard,” Borrett said.

More than 400 kids are expected to attend.

Borrett added she is excited about attending and bringing her two children.

“We are excited to see the carnivorous plants in action and in bloom,” she said.