Chamber cottage ownership up for discussion 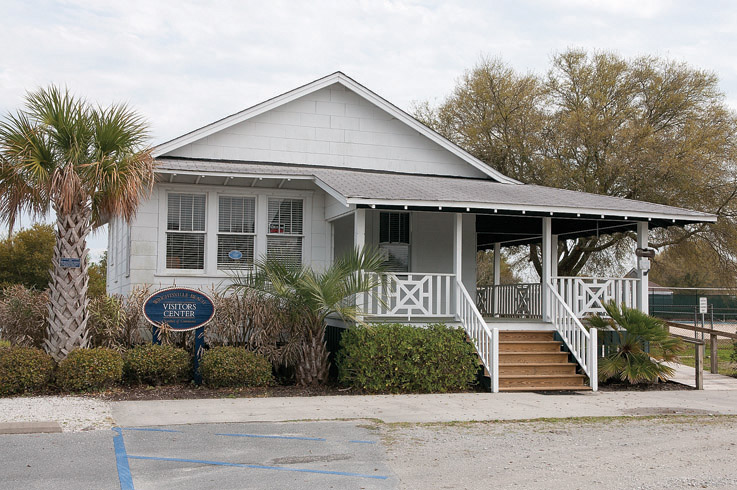 The ownership of the historic cottage that houses the Wrightsville Beach Visitor’s Center and Chamber of Commerce could change with the ending of the 10-year ground lease.

The chamber foundation, which is currently within the town’s municipal complex, was created specifically to hold ownership of the historic Howell cottage. It leases the footprint underneath the cottage from the town for $1 per year. But that could change.

The Wrightsville Beach Board of Aldermen will discuss the ownership during the Thursday, April 10 meeting as the ending of the ground lease on July 22, 2014 approaches.

Town attorney John Wessell, who wrote the 10-year ground lease in 2004, interprets the lease wording as saying the lease must be allowed to lapse, at which point the town takes ownership of the cottage.

The discussion opens up the possibility for other uses if the board desires.

“They don’t have to re-up the lease,” town manager Tim Owens said. “I anticipate that they probably will, but as far as I know it could be used for other purposes.”

Town staff is recommending either the chamber foundation maintain ownership or the town assumes ownership for consistency with other neighboring historic cottages.

“It’s more of a board decision, it doesn’t impact how we operate,” Owens said.

Sue Bulluck, chamber chairwoman, would like the chamber to retain ownership of the cottage.

“My board, who are all business people on the beach, have maintained for the community the visitor’s center and in fact solicited true contributions from its donation at the onset,” Bulluck said.

She said the initial contract was set up differently than the neighboring cottage contracts. The chamber pays about $850 per month in operating costs, including insurance, power, cable, waste and water. In addition to operating costs, the chamber is required in its lease of the lot to pay for maintenance and repairs.

The neighboring Wrightsville Beach Museum pays $1 per year in rent like the chamber, but the museum’s cottage was donated to the town. Both cottages are not required to pay flood insurance, but the chamber foundation is also responsible for its own liability, wind and hail and property insurance.

In March, the aldermen denied a chamber request for $3,000 in room occupancy tax funds to assist with maintenance costs, citing the terms of the lease.

“Hopefully they will see the ownership in the same light,” Bulluck said.

Despite the current wording of the ground lease, Owens said the board can choose to restructure the lease to allow the chamber foundation to retain ownership; it is totally up to the town’s elected officials.

The Wrightsville Beach Police Department is requesting slightly more than $65,000 to replace the downtown camera system.

The money could be allocated from the department’s drug fund or current budget.

The original estimate was $45,000, but the need for additional nodes to increase the line of sight, allowing the cameras to communicate with each other, increased the cost by about $20,000. The extra cost could be made up with cost savings from reducing the number of camera Internet connections, projected to save $24,000 throughout a five-year period.

Cameras were first approved during the 2007-08 budgeting process, with six cameras between downtown Wrightsville Beach and Salisbury Street. The current cameras do not have zoom capabilities, and when hit with headlights create washed-out images, hindering detective work. One notable image example is of the hit and run fatality suspect’s vehicle on June 13, 2013.

Also on Thursday, board members will schedule the remaining workshops for the 2014-15 budget.