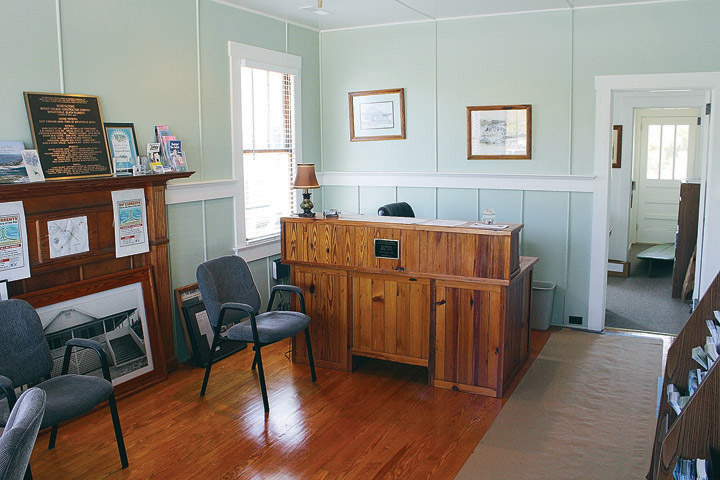 The Wrightsville Beach Board of Aldermen unanimously motioned to revert the property’s ownership to the town as worded in the original lease during its April 10 meeting.

The item will come back before the board in a future meeting after the lease is re-advertised.

Town attorney John Wessell said the lease must expire before being renewed.

“We could start it the day after it expires, but it needs to expire, because if the lease goes longer than 10 years you have to treat it as a sale, like we did with the property that’s owned by the [North Carolina Coastal Federation].”

Sue Bulluck, chamber chairwoman, had requested the chamber foundation retain ownership. She said about $30,000 was invested in maintenance and repairs.

“All we’re suggesting is that it is much easier to go to our membership, helping to raise money for a house in which we have skin in and have ownership in, like we just put $13,000 into it for the back wall,” Bulluck said. “… If … you can’t do that, then I will have to go to the membership and see where we end up.”

The chamber also pays $1 per year to lease the lot and about $850 per month in operating costs, including insurance, power, cable, waste and water.

“I have zero interest in not renewing the lease,” Mayor Pro Tem Darryl Mills said. “… I think this entire board supports the chamber and wants them there and would be supportive.”

During an April 15 phone interview, Bulluck said the chamber membership would discuss the topic more in early May.

“We just have to work our way through it,” she said. “There are lots of other alternatives. … The real question is what the terms of the contract would be.”

The town will retain the Convention and Visitors Bureau staff regardless of whether the chamber maintains the equipment or building. The chamber is a virtual entity, Bulluck explained, which can operate from anywhere.

The board also unanimously motioned to allow police chief Dan House to move forward with the downtown camera system replacement. Estimates to upgrade and replace the surveillance cameras are about $65,000.

“We found out today, that may just be a touch lower,” House said. “… We should be able to absorb all of it out of our drug fund.”

The project could be completed in June or July. Currently, the Wrightsville Beach Police Department is down to four out of six cameras with limited visibility for detective work.

Town manager Tim Owens said during the May board meeting he would bring board members the contract, cost and a budget amendment.

“Our system’s not where it should be,” Owens said.

Earlier in the meeting, the board unanimously approved amending the parking ordinance to create a steeper fine for vehicles parked illegally in the new commercial lot behind the North Carolina Coastal Federation’s Southeast Regional Office. Citations will be $150 in the lot and hours of use are limited from 7 a.m. to midnight.

“At this point, I do see only probably two businesses utilizing it,” Owens said.

The foundation will purchase five flags for the town to begin and will also sell 3- by 5-inch flags to the public benefitting beautification efforts.

Board members scheduled a Wednesday, April 30 meeting at 5 p.m. to talk more in-depth about the town’s water supply.