Tales from the Upper Deck, chapter 2 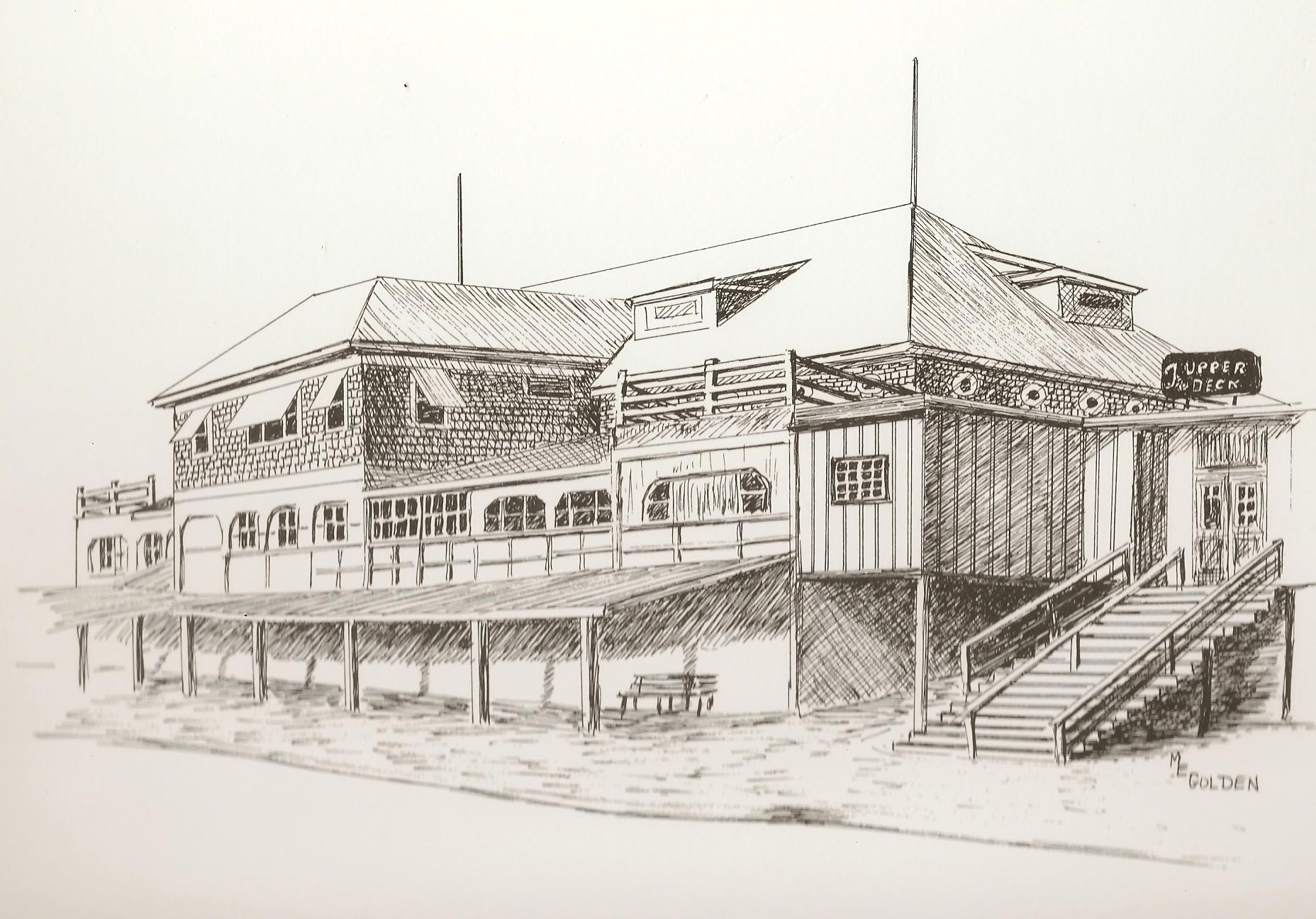 Over half a century ago, Jack Lane, Steve Wright, Norman Akel and Jim Farrior turned a former storage room on Lumina Pavilion’s second floor into the Upper Deck, a carefree establishment where revelers partied uninhibited in the shadow of the legendary dancehall.  The Lumina News presents “Tales from the Upper Deck,” a series where we look back at Wrightsville Beach’s history through the stories of one of its unique establishments.

Music, dancing and the summer of The Chosen Few

Jack Lane and his staff took over management of the Upper Deck in the early 1960s and the era’s culture of “flower children and free love” was reflected in the bar’s music scene — from the tunes blaring out of the jukeboxes to the rollicking rock concerts in the Lumina Pavilion ballroom.

During the Lumina Pavilion’s heyday in the 1920s and ’30s, men and women dressed in conservative clothing revealing little more than their ankles and danced in the ballroom while chaperones ensured partners did not get too close.

The Upper Deck had both an indoor and an outdoor jukebox. Lane and bartender Steve Wright would go down to a record store called Cape Fear Music and sit on the floor for hours, sifting through stacks of 45-rpm vinyl records to gather a good selection for the bar.

Despite mellow beach music being the genre of choice, the outdoor jukebox was still a source of irritation to nearby residents.

“As the night went on the volume of that jukebox got louder and louder and louder,” Wright said. “There was a little motel where Crystal Pier is now, so we had some issues with the outside jukebox.”

“That was so wonderful, though,” bartender Norman Akel said. “To go out there at night with the nice, cool air and people dancing and shagging. That is such a memory for me.”

One night during the summer of ’68, beach tunes were replaced by guitar-smashing psychedelic rock band from a Montana band called The Chosen Few. Lane resisted hiring them at first, thinking his clientele wouldn’t embrace the new sound, but then one Sunday his regular group cancelled and he called in the rock band.

“The crowd had never heard this kind of music before, but they were tired of shagging,” Lane said. “They went crazy for this stuff, and the result was The Chosen Few played for me every Sunday for the rest of that season. We were selling beer at 25 cents for the draft, and we did $1,000 one Sunday afternoon between 2 and 7.”

The Lumina Pavilion ballroom, where The Chosen Few played, was so crowded that Lane divided the interior into three zones and placed one of his bartenders in each section.

Lane supervised the 1,500 rowdy patrons, alerting his employees when and where he saw fights breaking out.

“I had a police whistle that I’d blow, and then I’d hold up one, two or three fingers,” he said.

They sold beverages so quickly that they didn’t have time to ring each sale up at the cash register. Bartenders walked through the crowds with aprons, change and an icebox full of beer.

The next day, Lane put the cash in a deposit bag and biked down the street to the island’s only bank, located in the building currently occupied by South Beach Grill.

“We trusted each other to the point that we didn’t even count the money,” Lane said.