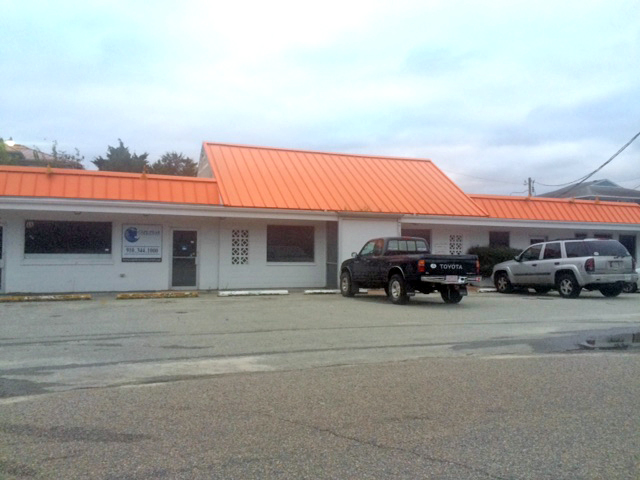 Nearly a decade has passed since one of Wrightsville Beach’s most iconic restaurants, Middle of the Island, moved off the island, leaving its orange-roofed building empty. Now, property owner Nathan Sanders is ready to make use of the vacant structure.

Sanders brought his proposal before the Wrightsville Beach Planning Board Tuesday, Oct. 6. He only requires a parking exception from the town, because his project will be a permitted use — coffee shop, office or retail — and the planning board unanimously voted to recommend the Board of Aldermen grant the request.

Sanders said he doesn’t know specifically what business will occupy the building. First, he has to remodel the structure, expanding the square footage and raising the roof slightly. Then, he will line up tenants.

Businesses that have shown interest so far are an outfitter, a hardware store and an antique shop.

“Ideally, if we could make the right arrangement with one strong tenant, we would prefer that,” he said, adding that the building will be constructed to also allow multiple tenants to share the space.

Planning board members were intrigued by the potential addition of a retail shop to the six businesses that currently make up the Harbor Island business district on Old Causeway Drive.

“The restaurants will complement the retail, and vice versa,” chairman Ken Dull said.

Vice chairman Ace Cofer asked why Sanders was pursuing a retail project instead of his original plans for a mixed-use project. In 2006, Sanders spent more than one year getting a conditional use permit from the town to build a five-lot commercial and residential building, only to put the project on hold when the economy suddenly worsened.

“The economy is better now than it’s been in eight years, but it’s not nearly to the point that would sustain that building,” Sanders explained.

Board member Janice Clark voiced the board’s only concerns with granting the parking exception, which assumes 24 spaces are available on streets nearby for patrons. Clark pointed out several businesses next to Sanders’ property have similar parking exceptions — for 68 parking spaces total — and there are only 56 available spaces on the nearest road, Old Causeway Drive. There is, however, public parking farther away on Keel and Marina streets.

If the board grants the parking exception, Sanders could still be more than a year from finishing remodeling. If he makes any drastic changes to the structure, it is considered a new building and must be elevated to conform to present flood zone regulations, so he will have to complete the renovations in phases.

“We all know that fight of having to tear a building down and trying to build it back up again is a hard sell to anybody,” he said.