The Wilmington Regional Association of Realtors (WRAR) selected Realtor Don Harris of Intracoastal Realty as its 2016 president during the group’s annual installation banquet on Friday, January 15. 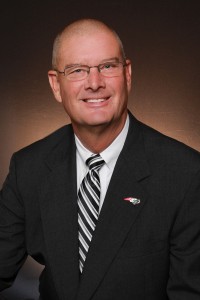 WRAR selected Don Harris to be its 2016 president.

Harris said he would focus the year on promoting the Realtor brand and name, which marks its 100-year anniversary, just as WRAR celebrates its 94th year of operation.

“Yes, there will be change in 2016 and with these changes, we will be armed to exceed industry expectations and be the ‘example of professionalism in real estate industry,” Harris said.

Joining Harris to round out this year’s leadership are Neal Johnson as president-elect, Fred Gainey as vice president, and Sherri Pickard as past president.

During the event, WRAR also recognized its annual award winners, which this year includes Realtor of the Year Jody Wainio, of Buyer’s Choice Realty, Salesperson of the Year Nicole Valentine, of Intracoastal Realty, and Hall of Fame Award Patrice Willets, of the Property Shop. – Logan Harle, Intern