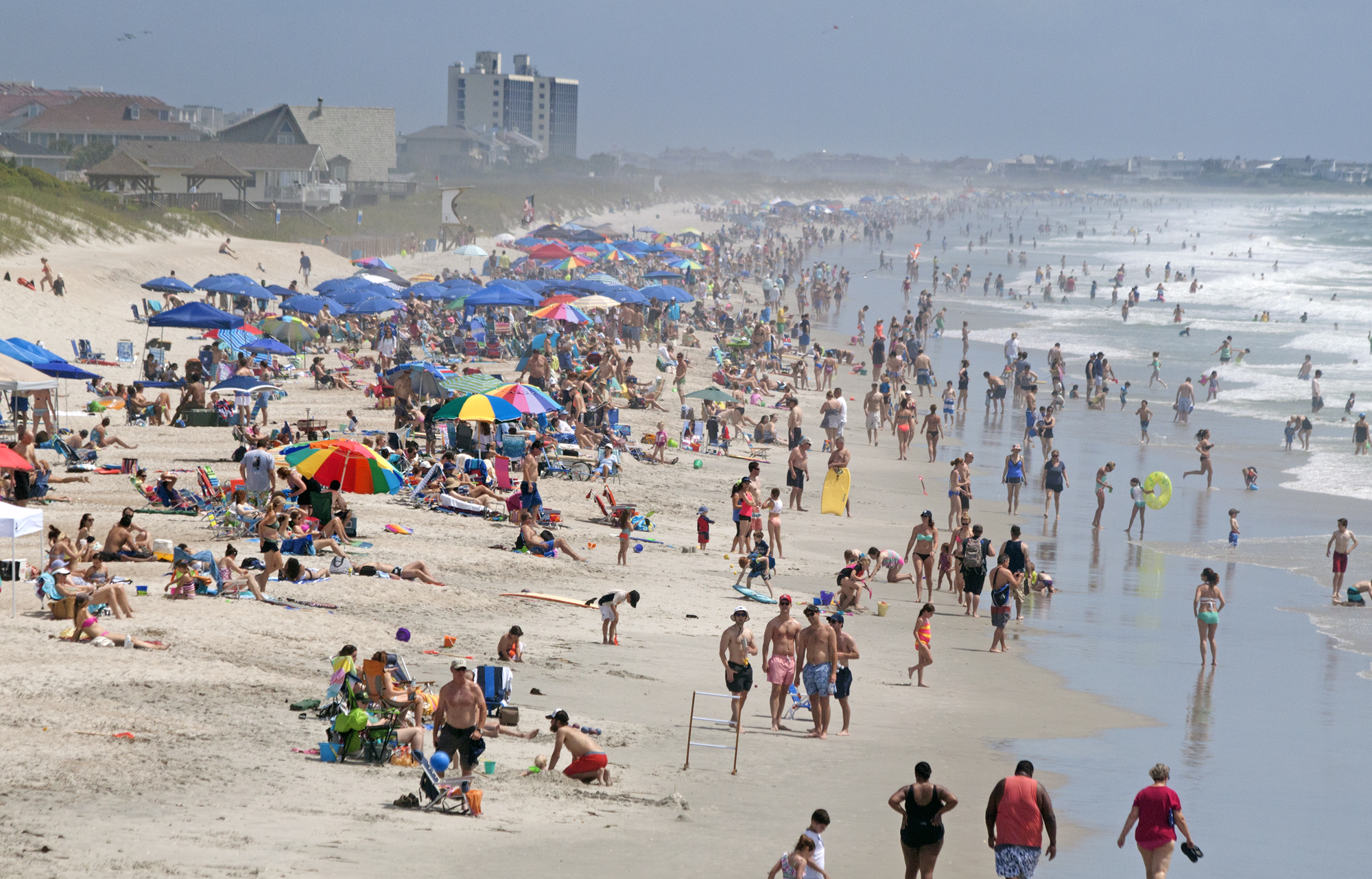 Wrightsville Beach police and lifeguards worked to keep Memorial Day weekend beachgoers safe and law-abiding Saturday, with park ranger Shannon Slocum enforcing the town’s rules against alcohol and glass on the beach and the town’s lifeguards responding to a handful of issues and making two rescues.

The lifeguards flew red flags from their stands, indicating a high risk of large surf and powerful currents, and Owens confirmed “we definitely have surf out there—in the 3- to 4-foot range.”

“We were very preventative, keeping people out of the water,” he went on, adding that a high tide in the middle of the day mitigated the risk of rip currents slightly.

“The rips weren’t pulling as hard as they would if it were low tide in the middle of the day,” he said.

He and police had been citing people for violations like open containers of alcohol and glass on the beach, but while they’ve been busy, he said, they haven’t had to deal with any major problems.