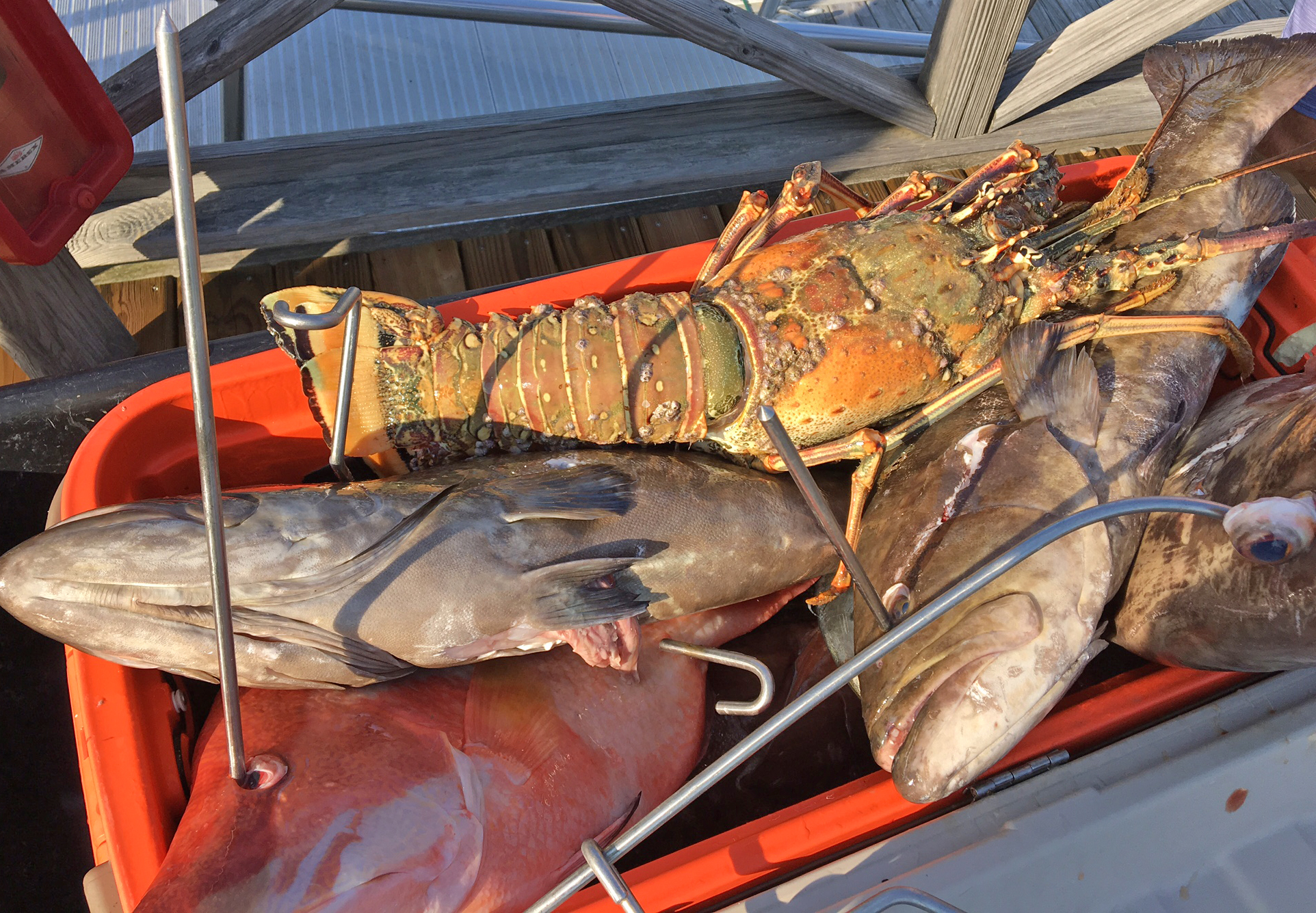 The 80.2 pounds of fish free diver Tony Dooley from Puerto Rico caught over the weekend earned him the title of master hunter over 82 other participants in the eighth annual Wrightsville Beach Spearfishing Tournament July 22–24.

This year’s tournament was the largest ever, organizer Ryan McInnis said. Participants dove down and hunted for their catch Friday through Sunday off Wrightsville Beach’s coast. They caught 140 fish weighing a total of 1,600 pounds. In addition to the master hunter title, prizes were awarded in three divisions: inshore, pelagic and bottomfish.

Division winners were determined based on the combined weight of a participant’s heaviest two fish, a format that ensured the most skilled hunter won the tournament.

“You can’t just be lucky, you’ve got to be good,” McInnis said. “If you get lucky and shoot a big fish, you’ve still got to back it up with another fish.”

Inshore species are smaller fish like flounder and sheepshead. Jim Atack, a Scuba diver from Oak Island, N.C., caught 10.8 pounds of fish to win the division.

Bottom species include grouper, snapper and hogfish, which can weigh as much as 30 pounds. Local Scuba diver Chris Slog won the division with 41.7 pounds of fish.

Pelagic species, which are typically found about 60 miles offshore, include tunas, wahoo and mahi-mahi. Dooley caught 40.3 pounds of fish to add a division win to his master hunter title.

McInnis also created a lionfish division to encourage divers to hunt the invasive species. They “eat all the baby fish,” marine biologist Erin Burge said, and they don’t have any natural predators because other fish are wary of their unusual appearance.

This year, divers said they saw “clouds of lionfish” on the reefs. Burge did his best to make a dent in the population, catching 18 lionfish to win the division.

McInnis also added a category for heaviest lobster, which Atack and his crewmate Sondra Vitols won by locating an underwater limestone ledge with about 60 lobsters of all sizes. Atack grabbed a 14.3-pounder and Vitols a 12.3-pounder. Female lobsters are currently carrying eggs, Vitols said, so they hunted the males, which are identifiable by their furry legs.

Vitols was named the female master hunter for also spearing a 40-pound African pompano, a pelagic species found at a depth of about 40–60 feet.

Vitols and her boat captain, Atack, both used Scuba equipment to hunt. Tournament participation was about 40 percent free divers and 60 percent Scuba, McInnis said. Each technique has its downside, he explained—Scuba bubbles scare the fish but free divers are limited by their lung capacity.

As spearfishing gets more popular locally, there’s more crossover between the Scuba diving and free diving versions of the sport, he added.

The sport is growing locally because the waters around Wrightsville Beach present such a great diving location, McInnis said. When the conditions are good, the water is clear and blue and divers will see not only game fish, but all manner of sea creatures.

“I’ve been lucky to dive all over the world,” he said, “and my favorite place to dive is our backyard, right here in North Carolina.”