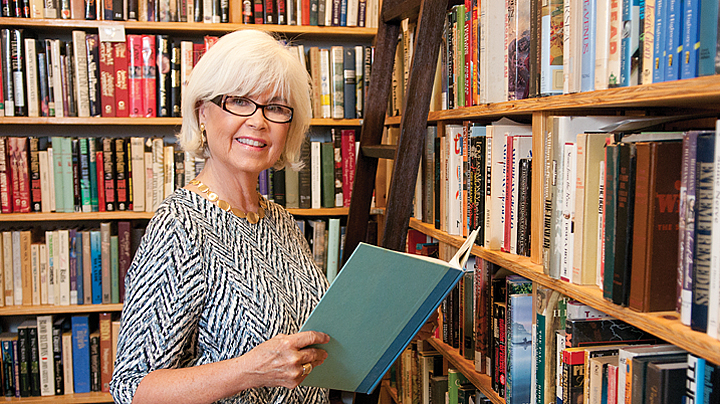 In existence for just 14 years, Lumina News is a freshman newspaper, a relative newcomer — not even a decade and a half old — while many of the big boys have logged a century of publishing.

We have always maintained a strict policy of keeping opinion on the editorial page and out of our news stories. We have never endorsed candidates for political office.

On Monday, the day of the first 2016 presidential debate, big newspapers slammed candidate Donald J. Trump in an effort to damage him with voters in advance.

The New York Times, which I once respected and subscribed to, published the Wilmington daily for a few years of its 165-year history. That newspaper endorsed Hillary Clinton last week.

These actions are forcing me out of the closet; I will be silent no more.

Let it be known I have become a Trump supporter. I will vote for him in November. I cannot do otherwise.

The platform posted on the Democratic National Committee’s website is totally inconsistent with my belief system. I cannot support abortion on demand — the taking of an innocent child’s life — as “part of comprehensive maternal and women’s health care and included as part of America’s global health programming.” As one of the millions who lost healthcare, I cannot support ObamaCare. Our immigration policy is broken, we cannot endure four more years.

Worse even than the Democrats’ platform is their candidate. I cannot imagine the Clintons back in the White House again. Not after the U.S. House of Representatives impeached former President Bill Clinton in December 1998 for lying about his “sexual relations with that woman, Miss Lewinsky” and his perjury over his sexual harassment lawsuit filed by a former Arkansas government employee, Paula Jones.

He was impeached for his perjury and obstruction of justice, not for the sex acts themselves. Three women, Juanita Broaddrick, Kathleen Willey and Paula Jones, all have alleged Bill Clinton sexually assaulted them. Lying about it during his 1992 presidential campaign, Clinton finally admitted to a long-running sexual relationship with Gennifer Flowers while he was Arkansas’ governor.

Now we have Hillary, his wife, as the Democratic candidate for the presidency of the United States. Her aversion to the truth and her talent for deceit rival her husband’s. Her dishonesty over emails, her seriously flawed leadership as secretary of state, her careless handling of classified materials, her family foundation, not calling Islamic terrorism just that, all are disqualifiers for me — woman or not. I’d dearly love to see a woman president, but not this time and not this woman.

The Clintons left the White House saying they were broke, then they parlayed access into mega-wealth ($100 million to $200 million), with no business, no product to sell except for access and influence peddling while she was secretary of state.

But the worst of it all? The apparent collusion of the nation’s top law enforcement, the FBI and the justice department, in turning a blind eye to actions others less well-connected got prison time for. America is being run like a banana republic and I can stand it no more.

Yes, Trump is bombastic. But he’s also a spectacular businessman, and has raised three amazing kids to adulthood.

He is not a part of the Washington, or the world, establishment. His platforms, from combating terrorism, to restoring the inner cities, to education, daycare, taxes, jobs, trade, not funding health care and education for illegal immigrants — I like. In him, I find hope.

I am not racist, sexist, homophobic, xenophobic, Islamophobic, etc. But as a Trump supporter, I’m proud to be labeled by Mrs. Clinton as a deplorable. I am also among those who Mr. Trump cites as having less income now than 18 years ago.

Sadly, I have lost faith in establishment politicians and what they have done to the American system of government. They have failed me, and millions of others.

As of today, I can proudly say I am a member of the silent majority no more.

It is time to speak up. I am planting a yard sign in front of my house and a bumper sticker on my car as soon as I can.

Trump’s getting my vote on Nov. 8.

As publisher of Lumina News, I proudly and emphatically endorse Donald J. Trump for president.