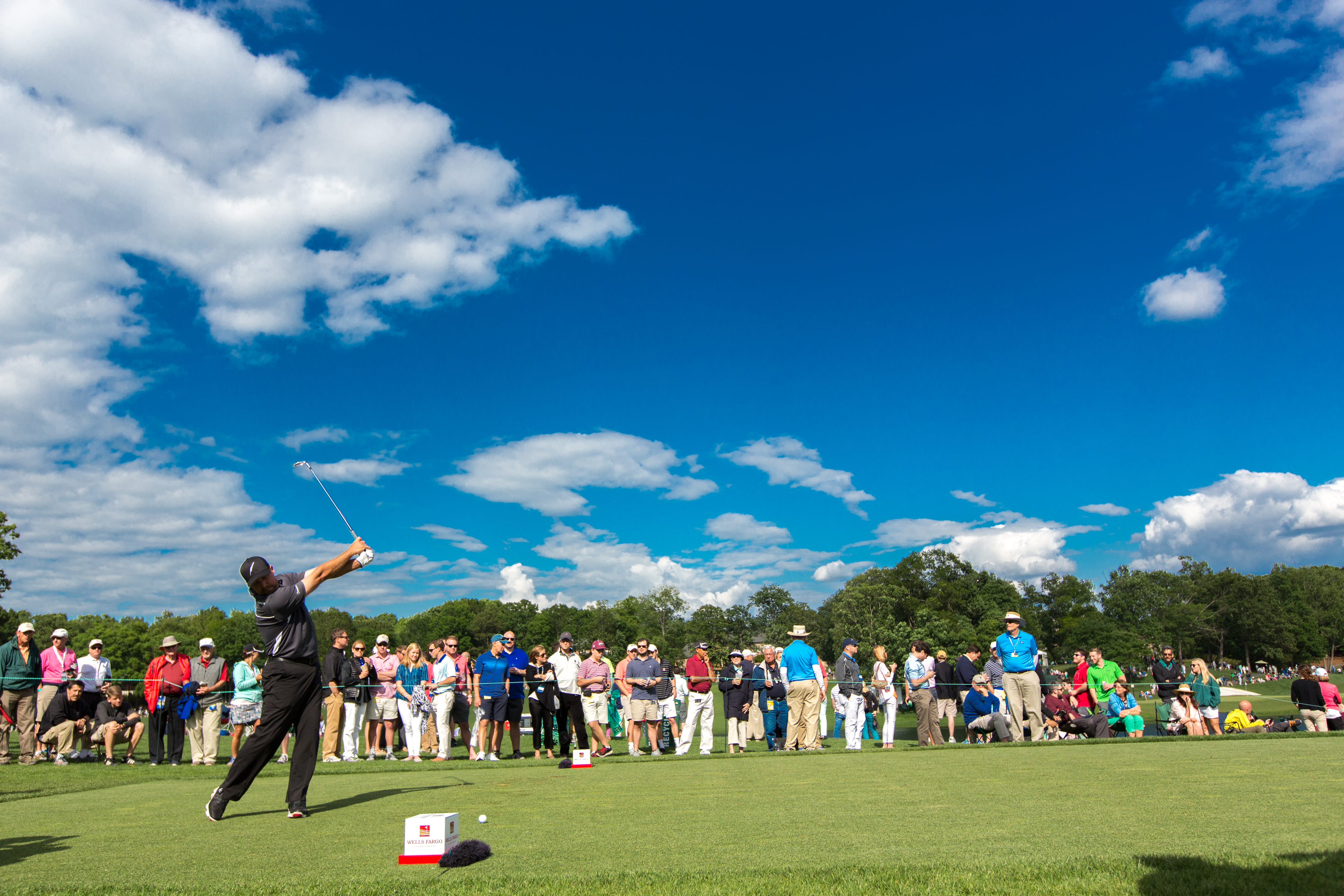 You don’t have to be a golf fan to appreciate what’s happening at Eagle Point Golf Club, when the PGA Tour comes to Wilmington for the first time in more than half a century.

While the Wells Fargo Championship is looking to bring some of the country’s top golfers to the New Hanover County, many are hoping it will bring something else: new business.

“From an economic development perspective, this event stands to raise the tide for all citizens,” said Eagle Point President Bobby Long. “It’s an opportunity to make a real impact in Wilmington.”

When officials with the event gathered at the club last Tuesday for the preview press conference, it was clear very quickly this wasn’t just about giving locals the chance to see some of the world’s best golfers. It was about giving the world a closer look at Wilmington.

From television coverage on the Golf Network and CBS to panoramic shots from the blimp overhead, the May 1-7 event is expected to be seen throughout the United States and in as many as 220 countries.

For local government and business officials seeking ways to highlight the qualities of the Cape Fear Region, there couldn’t be a better opportunity. Especially since Wilmington beat out other high-profile areas to host the tournament, including San Francisco, Atlanta, Texas and Florida.

“Every market without a PGA tour event wanted this, yet Wilmington won,” Long said. “We have an opportunity to use this tournament as a propeller, lifting the profile of the region.”

To capitalize on this opportunity, the county has contracted Eckel & Vaughan, a strategic communications agency, to promote the economic opportunities that lie just beyond the 18th green.

“This is an opportunity to tell the story of Wilmington differently,” said Albert Eckel. “Here, we have a chance to show off the infrastructure here — the ports, the rail, the workforce — so that people see that this is not just a place to come on vacation or to retire. This is an amazing place to do business.”

Some of the industries that Eckel’s firm will seek to attract already have presences here, such as aquaculture, precision manufacturing, pharmaceutical development and health care.

“These industries feed of clusters, so it’s vital that we show visitors what’s here,” he said.

There will be challenges. With only a two-lane road accessing the course, traffic could be a problem. And with the TPC tournament taking place the following weekend, it may take a sales pitch to attract some of the tour’s top golfers. There, another North Carolina native has pledged to do his part.

Webb Simpson — the 2012 U.S. Open Champion, four-time tour winner and North Carolina native — will serve as something of a Pied Piper for the event, encouraging fellow tour players to make the trip to Wilmington. After all, Simpson said he learned the game at Country Club of Landfall.

“Any time I have the chance to come to Wilmington, I take it,” Simpson said. “This is a great golf town.”

The Wells Fargo Championship will make a big impact on our region in early May. But the real impact may be felt later, when visiting spectators find that Wilmington isn’t just a great place to visit, but also a great place to do business.