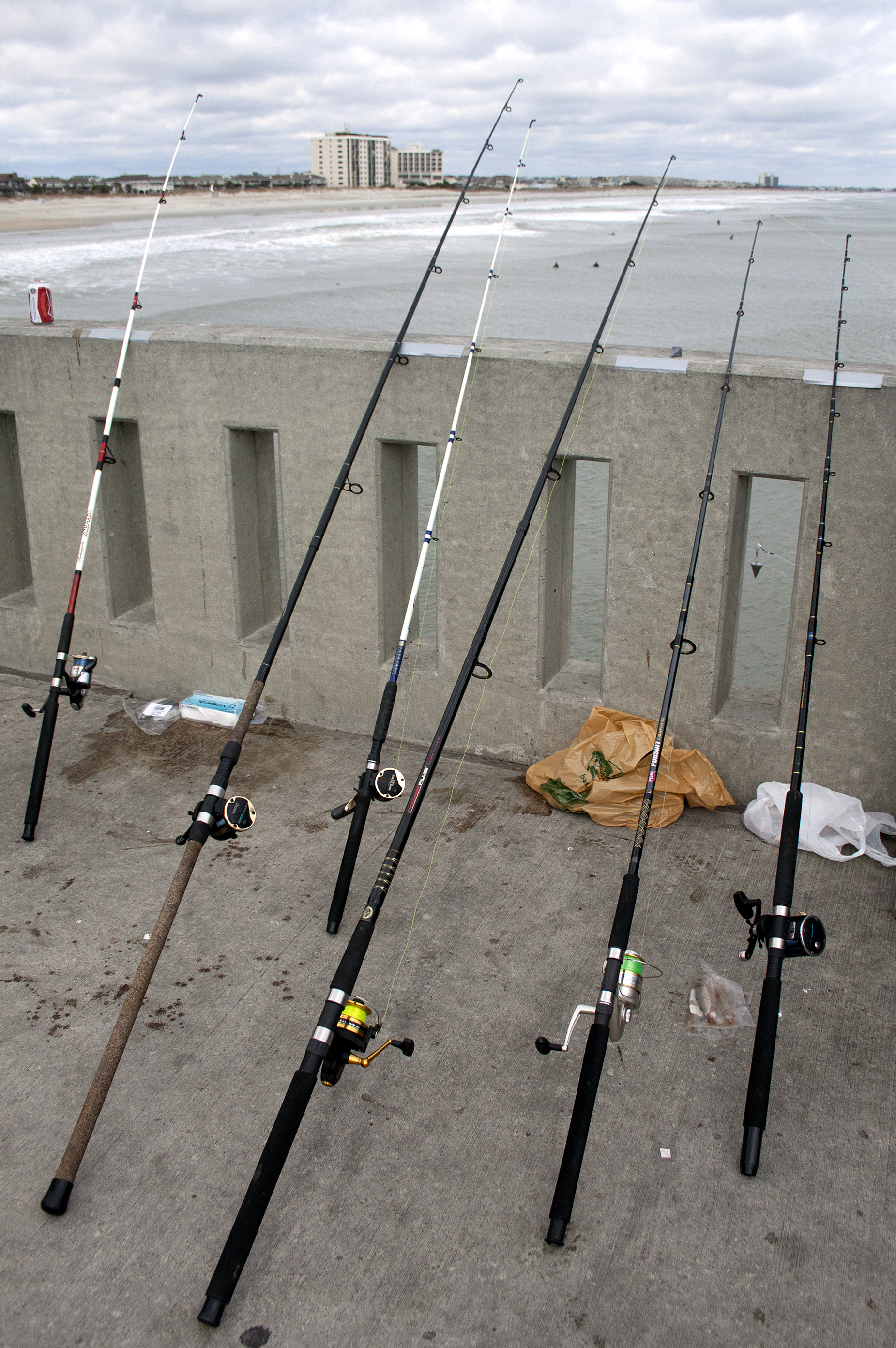 A potent cold front arrived over the weekend bringing dramatically cooler temperatures and less humidity along with some stiff northerly winds. This change in weather pattern was a comfortable one for anglers as the height of the sun didn’t feel as oppressive as a normal July day but unfortunately the winds hampered those wanting to head off the beach for some fishing action. And with that here we are in August, still somewhat comfortable but the heat and southerly winds are slowly returning with some gusty ones forecast for the upcoming weekend, which will have an impact on the weekend fishermen once again. Water temperatures remain in the lower eighties despite the cool down but the fish are still managing to cooperate for the majority of those looking to wet a line.

Inshore, the red drum fishing continues to be strong, especially those fishing the inlets with cut bait. Large, over slot red drum can be found both around Masonboro Inlet as well as Carolina Beach Inlet with anglers reporting that cut bait is working much better than live mullet or menhaden. Again, with these fish being over slot and needing to be released, using tackle stout enough to make quick work of the fight will help the fish recover quickly.

Some smaller slot fish are being found around the docks and creeks with both cut bait and live minnows working equally as well. Cut bait, while scenting the water, will also draw interest from bait stealers such as pinfish and sharks, so make sure you have enough for a few hours if using that tactic.

Flounder fishing has been hit or miss, with most of the larger fish coming from the waters closer to Carolina Beach and the Cape Fear River. While there are some fish being caught around Wrightsville Beach, many of those fish are just below the legal limit of fifteen inches. Anglers around Wrightsville are reporting that finger mullet, while very plentiful, are not producing as well as the summertime baits, such as mud minnows and tiger minnows.

Surf and pier anglers are finding some decent virginia mullet in the sloughs don both cut shrimp and sand fleas, with better fishing being found in the mornings and afternoons. Some black drum have also been reported in the same areas as well as the creeks and around oyster beds. Fresh shrimp is hard to beat when looking to catch a few black drum but make sure you have enough due to the plethora of bait stealers in the warm waters.

Off the beach, when boaters can get out the inlet, the spanish mackerel fishing has been pretty decent with Clark Spoons trolled on weights and planers being the main tactic that’s working really good. Some anglers are still managing to find some schooling fish early and late in the day. Areas in 25 to 35 feet of water appear to be the best depths with areas around structure and also the inlet mouths being good locations to try, especially during times of falling tide.

King mackerel have not made an appearance just yet along the beaches but fish have been caught starting in the three mile range. Most of the fish close to the beach have remained small with the larger fish being found starting around ten to twelve miles. Some dolphin have also been reported in these same areas. Slow trolled cigar minnows have been working well as have live menhaden, which have been plentiful in the waterway.