Cape Fear Realtors has hired Taylor Oldroyd as the new CEO to replace current CEO Jerry Panz after a long and distinguished 32-year career. Panz will retire at the end of the year. 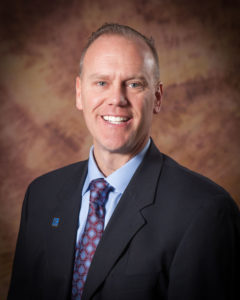 Taylor comes from Montana where he has been the CEO for the State of Montana Association of Realtors for two years.  Prior to that, he served as the local executive of the 2,200-members Utah Central Association for eight years.

“We are excited to have Taylor as our new CEO,” said Neal Johnson 2017 President of Cape Fear Realtors.  His track record of working at both the Local and State level in the Association of Realtors makes him an ideal fit.  We are confident he will inspire focus and enthusiasm at Cape Fear Realtors.

Oldroyd has a strong background in government relations and public affairs. He worked at the state Chamber of Commerce level and for numerous elected officials in both Utah and Washington DC and is a proud RPAC Champion who loves networking and building coalitions.  “He will be a strong advocate for CFR on community issues like Water quality, Transit Orientated Development, Walkability, and the availability and affordability of housing.” Johnson adds  “He also brings great ideas to increase Realtors communication and engagement, focus on Realtors Safety, and increased political and community involvement.”