You are at:Home»News»Community News»Fundraiser tonight for Wrightsville Beach fisherman who had boat motor stolen
By Terry Lane on January 25, 2018 - 9:49 am Community News

Police said the boat motor was stolen sometime between Dec. 23, 2017 and Jan. 8, 2018. The theft occurred after he recently replaced his boat following an automobile crash that totaled it. Harmon also operates Sandy Girl Charters.

Harmon is also recovering from an injury he suffered in an October assault, which included a permanently-injured finger and significant medical bills, said Jimmy Gilleece, owner of Jimmy’s at Red Dogs.

“We’re trying to get him back on the water so he can make a living and dig himself out of this hole he’s in,” Gilleece said.

There is a $5 cover for the fundraiser at Jimmy’s at Red Dogs, 5A N. Lumina Ave., which starts at 6 p.m. and lasts until 10 p.m.. In addition to music from members of the band Signal Fire, the event will also feature a pig picking and raffle. 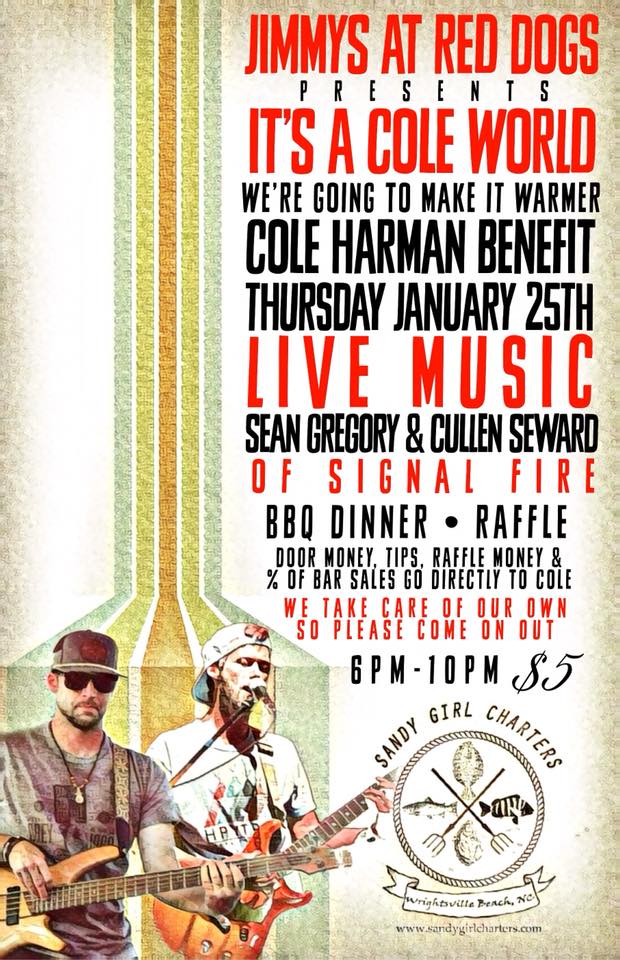