Another person is facing felony charges in connection with the Nov. 26, 2017 incident in Wrightsville Beach that resulted in rape, kidnapping and drug charges for two Wilmington men after police said she removed a vehicle from the crime scene.

Dana Taylor King, of 522 S. Kerr Ave. in Wilmington, was charged with felony possession of cocaine, maintaining a vehicle for use or sale of a controlled substance, accessory after the fact and carrying a concealed handgun. 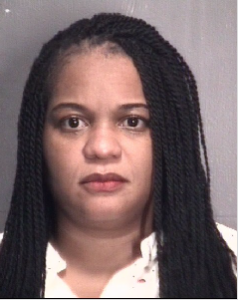 Court charging documents allege that King, 46, became an accessory after the fact when she moved a car from the scene. The charging document said that King helped Harvey Fred Williams, 35, in attempting to escape detection and arrest by moving the 2008 BMW X5.

Police arrested Genell Stephenson, 33, and Williams on Sunday, Nov. 26 at 5:22 a.m. at a party in a house on Causeway Drive after receiving a phone call reporting the alleged crime.

According to the New Hanover County Sheriff’s Office, both were charged with two counts each of second-degree rape, second-degree kidnapping, assault on a female, crimes against nature and interfering in emergency communication, and one count of possession of cocaine and drug paraphernalia. Stephenson was also charged with possession of a firearm by a felon, carrying a concealed weapon and possession of cocaine with intent to sell or deliver.  Police charged Williams with a parole violation.

While Williams and Stephenson were arrested at the location of the party in the Moorings subdivision in Wrightsville Beach. King was arrested two days later after a warrant was issued on the charges.