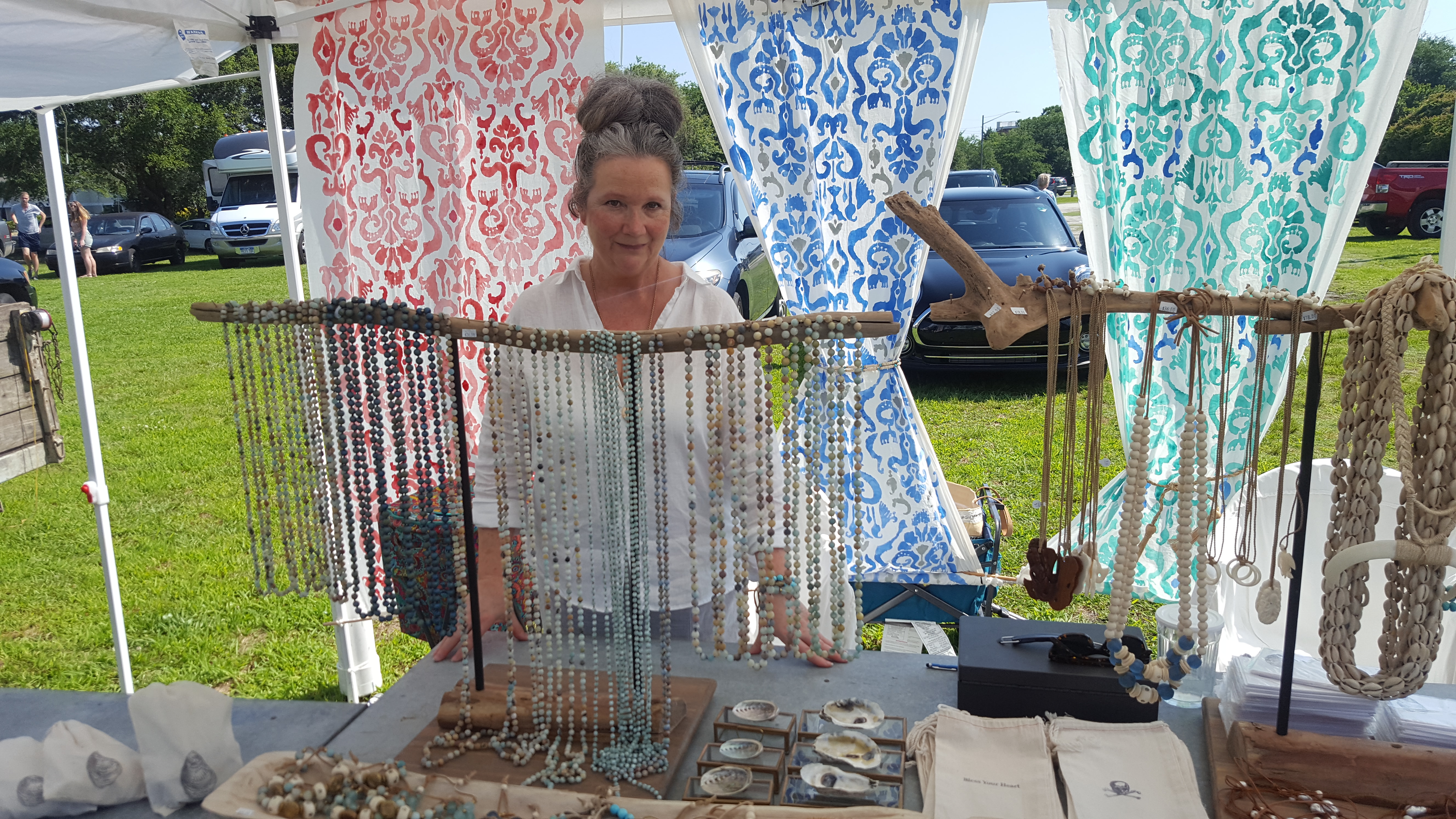 The Wrightsville Beach Farmers’ Market kicked off its ninth season this May, presenting more than 30 vendors with a variety of products for customers. This season boasts everything from farmers with fresh fruits and vegetables to fishermen with fresh seafood to artists with ocean-themed crafts.

Some vendors have been with the market since its inception, such as Davis Seafood, whereas some experienced their first day with the market this past Monday, like Altar Cross Farms. No matter if new or settled into the atmosphere of the Wrightsville Beach community, many vendors said that the market was strong and the people were friendly.

The Davis family has a centuries-long history of commercial fishermen in their belt, and Davis Seafood has been around for several decades with a certified facility in Sneads Ferry. They produce local, wild-caught seafood. Although based out of Sneads Ferry, they had a strong clientele in Wrightsville Beach, so when they brought Davis Seafood to the farmers’ market, they had a solid base to work with.

Glen Hieronymous, a disabled veteran who was once an airline pilot and a sea captain, said: “I worked with Davis Seafood for 34 years. They always gave us quality. That’s important here. I know the people. I trust them.”

Rachel Willoughby has been making and distributing her salsa for free for 15 years, but her friends and family encouraged her to start selling. Debuting at $7 a pint, Willoughby is in her first season selling her RAW Salsa at the market, which gets its name from her initials. She has set up a system of recyclability, giving customers a $1 discount if they return the jar. The salsa is completely raw, handmade, and full of spice.

“I had a boyfriend who was into the Latin culture,” Willoughby said. “My first try making it was good, but not great. I just kept trying until it was. But now it’s a team effort. My family helps me prepare it on Monday afternoons, and I go to several farmers’ markets a week to sell it.”

“This was just a natural pivot from designing weddings. Now I’m local and loving it,” Fisher said.

Terra Vita Farm focuses on sustainability and organic foods. Michael Torbett explained that the grocery store fruits and vegetables have only about 20 percent or less of the nutrient density they started out with when they were harvested.

“My produce has no chemicals or pesticides, is clean, nutrient dense, and beyond organic,” he said.

The Wrightsville Beach Farmers’ Market is held every Monday from 8 a.m. to 1 p.m. on Seawater Lane adjacent to Town Hall. Find more information at http://www.townofwrightsvillebeach.com/183/Farmers-Market 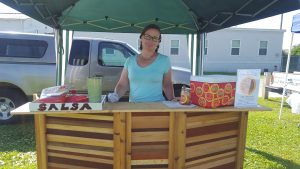