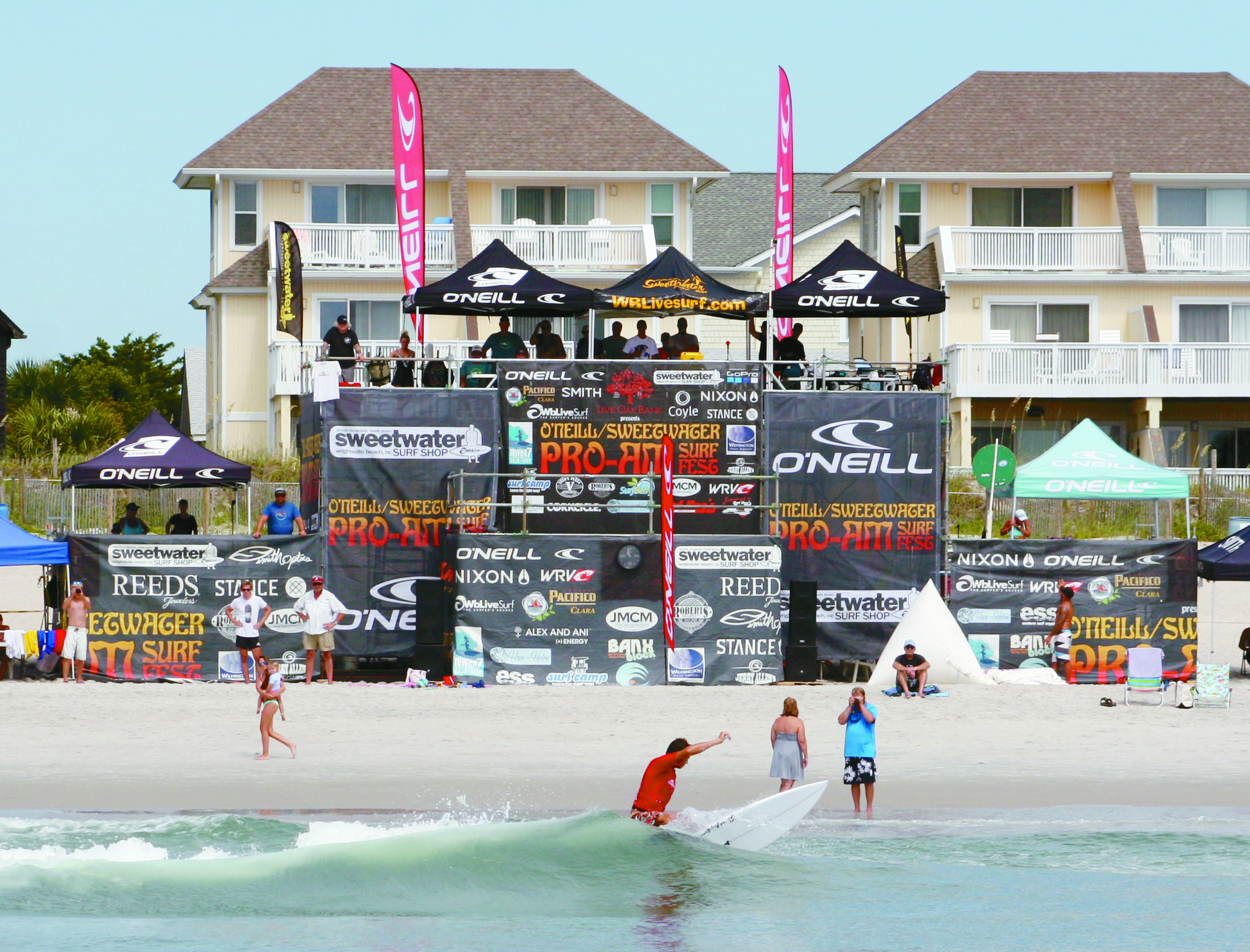 From Florida to California to all the way down in Barbados, surfers from around North America will be bringing their skills to Wrightsville Beach this week for the 13th annual O’Neill/Sweetwater Pro-Am Surf Fest.

And while the tournament scheduled from Aug. 17 -19 will bring in some of the world’s top surfers, it will also feature a hometown favorite as local professional surfer Ben Bourgeois is among those expected to compete, organizers said.

A scheduling change is helping to bring in some of the surfing talent, tournament organizer Brad Beach said, noting that moving the tournament to August help align better with other surf tournaments around the country.

“We are getting higher calibur surfers because it is now in August,” Beach said, noting that it had been scheduled in mid-July until the 2017 contest. “This is one of four East Coast events that several of these surfers will compete in.”

Surf tournaments in Virginia Beach, the Outer Banks and New York follow the O’Neill/Sweetwater Pro-Am Surf Fest, giving surfers from California and other areas a better reason to make the trip.

California-based surfers Ian Crane, Jake Kelley and Kei Kobayashi are among those expected to compete in the tournament, Beach said. Other surfers expected to compete include John Burke from Barbados, Corey Lopez from Florida, Brett Barley from Hatteras, along with Mason Barnes, Conner Lester and Michael Powell.

And while the surf report for the coming weekend doesn’t look strong, Beach noted that there has always been a bit of fortune surrounding the O’Neill/Sweetwater Pro-Am Surf Fest.

“We’ve always been lucky to have something to compete on,” Beach said of the tournament’s waves.

This year’s tournament will also feature a new event, as surfers on “soft top” boards will compete for the first time in their own division. And unlike standard surfing, the soft top category will have a different judging criteria.

“These boards will be of all different lengths, but the division will be judged on creativity and who’s having the most fun,” Beach said. “It’s not just going to be who’s ripping off the top and cutbacks. Style and performance are factored in.”

Heats will run on Friday and Saturday before the finals on Sunday. The tournament will be keeping the scoring format it rolled out last year for the professional’s division, which will pit surfers against each other one-on-one, instead of the four-man heats for the qualifying rounds.

This year’s tournament will again feature a fan-favorite “Guppy’s” division, as parents get in the water on Saturday to help their kids take on the waves.

As in past years, there are several events associated with the tournament for surfing fans. On Friday, August 17, Sweetwater Surf Shop will host a “Shindig” where fans can meet top surfers from the O’Neill surfing team.

On Saturday from 4 – 10 p.m. at Wrightsville Beach Park, the O’Neill music and art festival will feature a host of activities, including music from the Blue Footed Boobies.