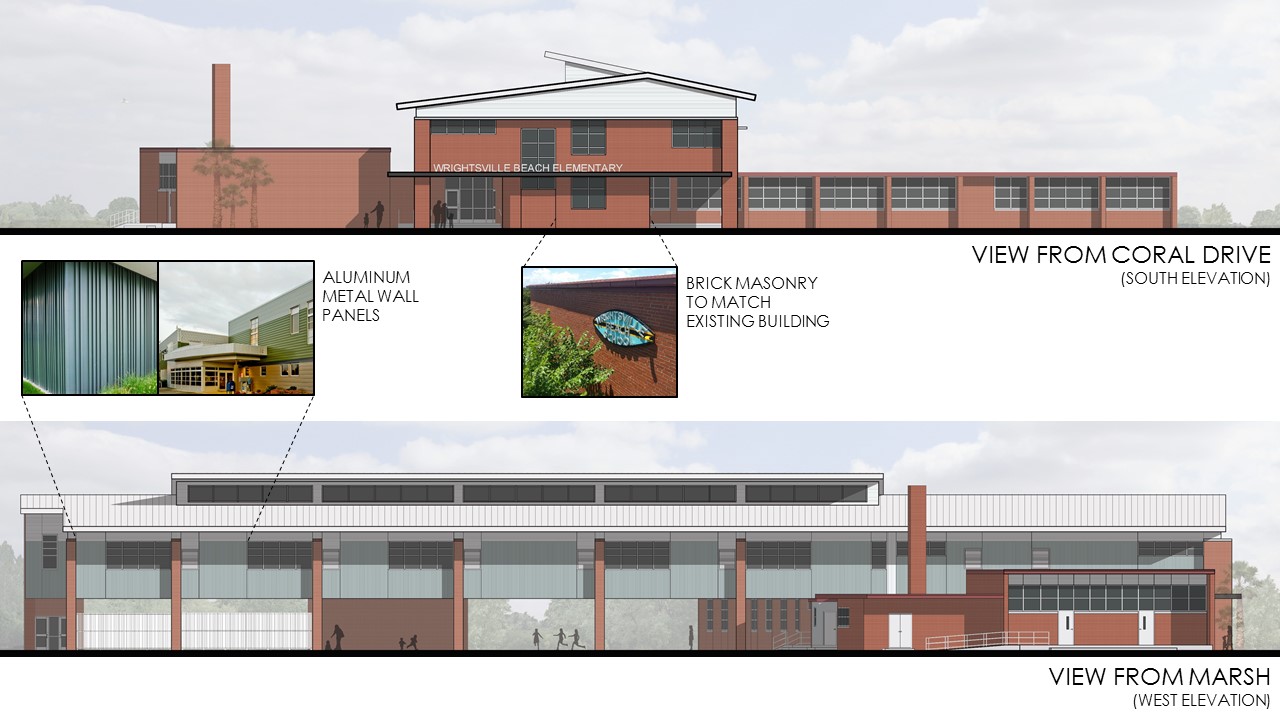 During the Dec. 13 board meeting, Wrightsville Beach Police Chief Dan House said that the new design still allowed traffic to be too close to the school, offering a potential assailant easy access to the school’s main building.

Eddie Anderson, New Hanover County Schools assistant superintendent for planning and operations, said that the school will be examined as part of an overall risk assessment that will be conducted on all of the county’s schools.

“Safety is something we think about everyday now,” Anderson said of the Wrightsville Beach School. “When it was built, like a lot of older schools, safety just wasn’t a concern. There are multiple ways to address the police chief’s concerns and make the building, overall, a safer place for kids.”

Instead, a new second floor will be built in the space, resting on top of the existing building.

“The idea is to bring all of the students and staff into one building and one roof,” Anderson said.

Construction of the new building will start in April 2019 and take approximately one year to construct. During that time, WBS students will attend Blair Elementary School.

The reconstruction is part of a the school bond referendum passed by county voters in 2014.

The new building will have mostly classrooms, but will also include a new media center. The lower building will feature a reception area that will include security features and allow for visitors to be checked in before being allowed access to the school. There will also be minor renovations to the existing building.

“It has a very open feel to it,” Anderson said. “We’re pretty excited about this project, it’s great for the Wrightsville Beach community.”