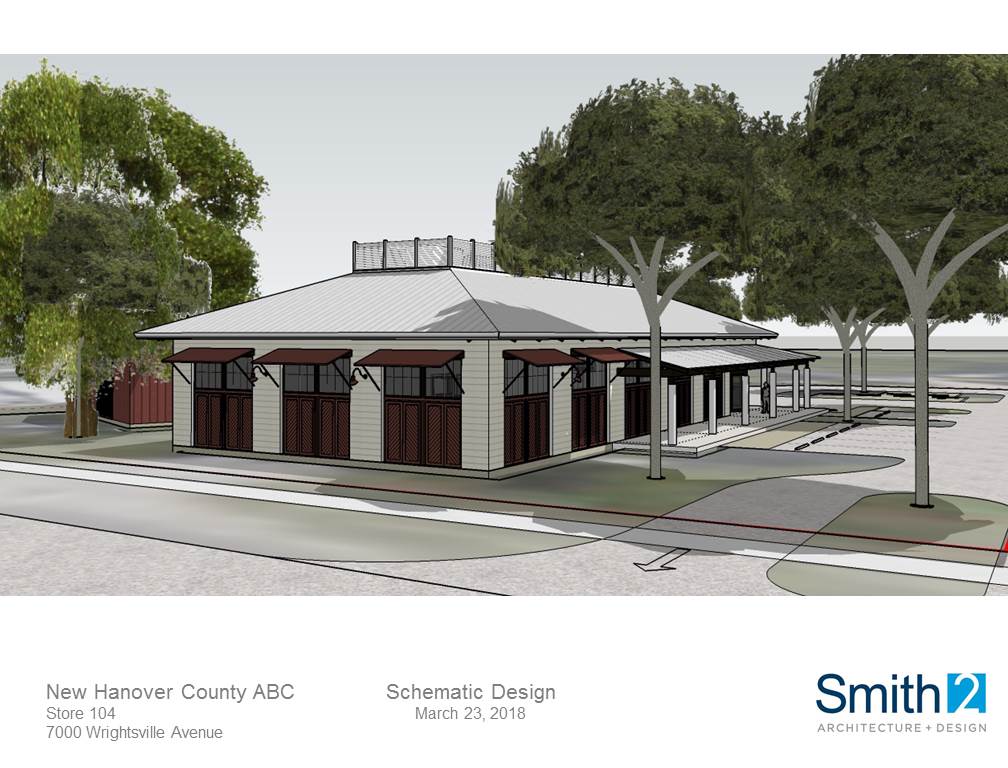 While the live oak trees that the New Hanover County Alcoholic Beverage Control Board planned to save at the new Wrightsville Avenue location died following Hurricane Florence, the board has plans to replace the trees.

Marnina Queen, CEO of the New Hanover County ABC Board, said that the board will buy three two-year-old live oaks to replace the ones that died during the storm. Preserving the three live oaks, and other trees on the property, is a priority for the board, she said, noting that it was an important topic during the town’s approval of the property.

With increasing sales at the store at 6730 Wrightsville Ave., the local ABC board and the town of Wrightsville Beach approved the construction of a new store at 7000 Wrightsville Ave., located next to the Craft Hardware Store. During the approval process last summer, the architects developed a site plan that would have preserved the three live oaks on the property, which most recently was was a mobile home park.

However, September’s Hurricane Florence knocked down two of the trees, and an arborist recently determined that the lone remaining live oak would have to be removed due to damage from the storm, Queen said. That tree would have been located in the driveway accessing the store, she added.

The board will buy three two-year-old live oaks to replace the ones that were destroyed in the storm, she said.

“It truly broke my heart that so many of them didn’t make it,” Queen said of the tree loss on the site.

By being able to strategically locate the new trees, Queen said they would have a better chance of survival.

“It’s a better environment for the trees to survive,” Queen said. “They will create a nice canopy there. We think they will be there for generations to come.”

Construction on the new store began last week, she said, with a target completion date of the end of January or beginning of February. She said the plan was to be able to transfer the products at the current location to the new store in just a few days, creating minimal disruption.

The ABC Spirits Store currently located on Wrightsville Avenue is one a few properties over the Wrightsville Beach drawbridge that are part of the town’s tax base. Last year, sales from that location generated a distribution back to Wrightsville Beach of $569,693 and also increased the amount of distributions that were given to New Hanover County, Queen said.

Additionally, the new store would be almost twice the size of the current store, adding nearly 3,500 square feet of retail and storage space.

“Over the past few years, we have observed a dramatic increase in sales at that location,” Queen said. “Currently, the smaller store is difficult to stock the numerous types of spirits available, and in the amount necessary for our customers. We want to be able to provide the best selection of spirits for our customers, in a modern environment with great customer service.  The new location will help us with all of that. With a larger store, we expect to see greater sales which will allow us to distribute more profits back to our community.”