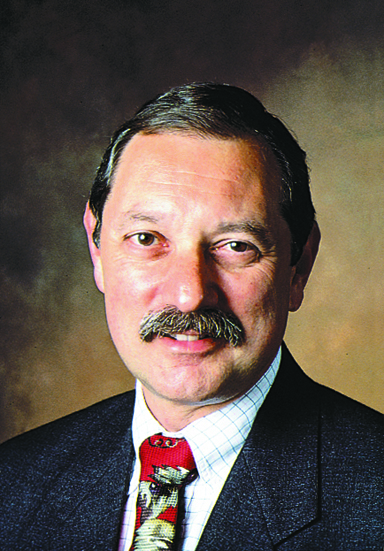 As the weather begins to turn colder and our thoughts turn to heartier foods including beef stew, steaks and other red meats, we begin to think more of red wine as our dinnertime companion.

Not that red wine doesn’t play a major role for most people year-round, but in the hottest days of spring and summer, and even early fall, the cooling effects of white wines and roses seem to be far more appropriate.

At the lowest end of the price spectrum many red wines are generally made about the same, somewhat soft and simple, so there is little to distinguish between them in terms of distinctiveness. When we’re spending only $5 to $7 per bottle, most of us do not expect an awful lot of character that relates directly to the grape.

I have conducted this test several times in the 40-plus years I have been writing about wine, and most wines at the low end of the price scale have had very little varietal character, if any.

But that may be changing. As winemaking and grape growing improve, more distinctive aromatics and tastes begin to show up in less expensive wines. Still, in general paying a little bit more for wine usually pays huge dividends in unique characteristics that are worth paying for.

Here are just a few of my thoughts on the current state of modestly priced but still characterful red wines in the $10 to $18 price range.

CABERNET SAUVIGNON: Still the most popular red wine around, most of it from California, where temperatures in the vineyards are warm enough to make generous wines every year. However, some of the cabs we buy can be a little bit astringent, which bothers some people who prefer more softness. Values come from Chile and Australia.

MERLOT: It has been 30 years since this variety was roundly criticized after a few years when some pretty awful merlots hit the shelves. Today, more than any other time in decades it is a superb alternative to cabernet.

ZINFANDEL: Lots of bright, jammy fruit in these wines, often with strawberries or raspberries, but alcohol levels can become a little bit daunting. If you get one that’s 16% alcohol or so, just add a little water.

PINOT NOIR: A lighter-weight wine (at least it’s supposed to be!). There is far more grace and delicacy than cabernet or merlot, and it’s a very good match for rare roast beef or even salmon.

CHIANTI: This Italian staple usually has excellent medium-weight flavors and good acidity so it can marry nicely with tomatoey pasta sauces.

BARBERA: Another Italian grape, but one that’s also successful in California’s Sierra Foothills. It’s at its best with 14% alcohol or less, and usually has good acidity so it works with pasta dishes.

CARIGNANE: A workhorse variety that has recently regained some of the luster and had in the 1960s. Kind of gutsy and rustic, aimed directly at beef stew.

PETITE SIRAH: Another fairly rustic grape that can be slightly tannic and thus hard to match with lighter foods. Try with hearty pizzas.

Wine of the Week: 2018 Bogle Family Petite Sirah, California ($9) — This one is noticeably less intense and is far more approachable than so many more expensive wines of this variety. Long one of the best values in red wines in this country.