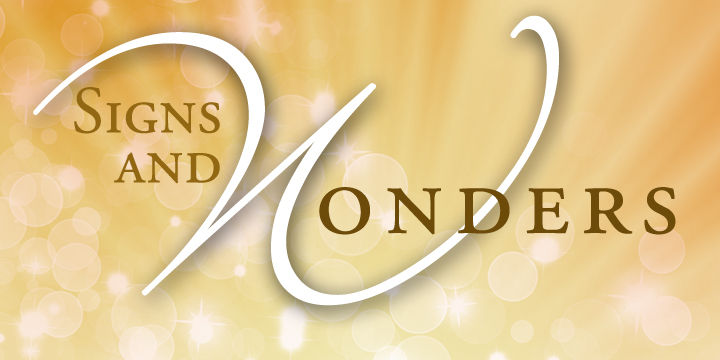 Week five, in a multi-part series

As I yielded myself more and more to the power of the Holy Spirit, opportunity began to present itself for ministry. Having been a professional musician, I was delighted to join some other ex musicians who now wanted to use their talents for the Lord. I had only known the two guys that made up our praise band for a few short months when an opening came for us to minister in a minimum security men’s prison, just south of Atlanta.

That evening, most of the prisoners that came out for the service were blessed by our music and short testimonies. As we finished the last song, the leader of our group gave an altar call, hoping that someone would want to give his or her life to Christ.

Following a long pause with no response, I nervously asked if there were any sick among them who would want to come forward for healing prayer. I had never prayed for the sick and had no clue why I even asked the question. In my mind, I believe I was hoping for a runny nose or small headache that would line up with my puny faith. But up came a tall white guy with a distinctive limp, obviously from a severe leg injury. The leg was bowed significantly outward and pointing at a right angle away from the other foot. The leg was so short, and the foot so crooked that his whole body rocked from side to side as he walked to the front. Once he approached the front, my fellow band members quickly bowed their heads, offering no support.

Despite the lack of encouragement from anyone else, something was happening on the inside of me. “The gift of faith” (I Corinthians 12: 9), which I knew nothing about at the time, rose up on the inside of me, causing me to have no doubt that this man would be healed. Getting down on my knees, I laid my hands on his crooked leg and commanded it to be normal. Then I began to press the two legs together as if I could fix it myself — to my surprise the bowed leg moved inward toward the other. When I opened my eyes, both legs were perfectly straight.

I had no time to respond before the inmate took off running around the dining hall. As he ran around the building shouting for joy, most of the other men began to celebrate with him. Noticing that his foot was still turned outward, I stopped him after two laps. I knew, just as sure as his leg had been healed, his foot would also be straightened.

Without even bending down, I took my foot and pushed his foot into a normal forward position. As I pushed against his foot, I thanked the Lord in Jesus’ name for completing this miracle. He and I both watched in amazement as his foot not only straightened, but stayed in perfect alignment with the other.

I fell to my knees thanking God, as the healed man stood and wept. After things finally began to settle down, we asked again if anyone wanted to know the Lord personally as their Savoir. This time, a large number of men raised their hands and came forward for salvation.

Buddy and Maude Dawson are the founders and directors of the River of Life Worship Center, 3504 Carolina Beach Rd., Wilmington, NC. therolwc.org/[email protected]