More than 4,000 runners from around the country braved chilly, damp weather to race in the seventh annual Wrightsville Beach Quintiles Marathon and Half-Marathon on March 20. Durham’s Gavin Finlay won the full-distance race by more than three minutes, while Raleigh’s Tibor Vegh took first in the half-marathon by mere steps.

The heaviest rain didn’t drench the runners until mid morning, but a few chilly raindrops hinted at the deluge to come as the athletes gathered in Wrightsville Beach Park for the 6:35 a.m. race start. The course took them on a loop around the island before heading over the Heide Trask Drawbridge to finish on the mainland.

Just minutes into the race, as the elite marathoners pounded over a temporary pathway of mats placed on the slick rungs of the drawbridge, Finlay had already opened a lead on his competitors. The Dublin, Ireland, native never relinquished it, finishing with a final time of 2:31:00.

The finish of the half-marathon was more dramatic, with Vegh barely beating Winston Salem’s Justin Pfruender across the line with a final time of 1:11:16. Ethan Lievense from Chapel Hill finished ten seconds later in third. Chelsea Hollingworth from Greenville, South Carolina, was the first female to finish, in 1:22:38.

Multiple running clubs from around the state were represented in both the half and full marathons. Tri-Yon Performance from Charlotte fared especially well, with second place on both the male and female side of the marathon going to Tri-Yon runners: coach Jamey Yon and club member Alice Rogers.

It was Rogers’ first time competing in the Wrightsville Beach Marathon, and she said she loved it. She struggled in the middle part of the race when weather conditions became windy and rainy, but she said the enthusiastic race volunteers and spectators cheered her on and gave her energy to keep pushing.

“Running through UNCW’s campus, everyone was screaming and I got my jam back,” she said.

Wilmington’s running community was also well represented. Christa Iammarino was the first female marathon finisher in 2:48:50 and Hugh Crews finished fourth on the men’s side in 2:40:13. Sunday’s races wrapped up a weekend of Marathon Madness events, which included the Susan G. Komen Race for a Cure 5K on Saturday afternoon. 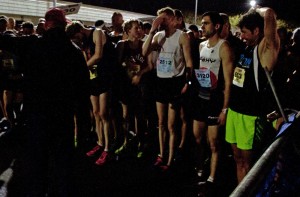 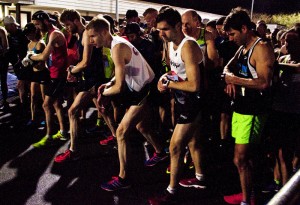 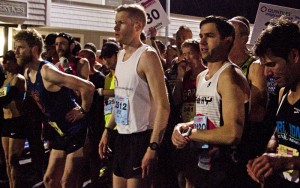 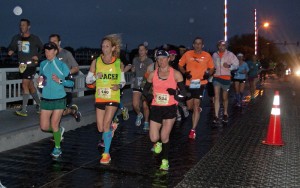 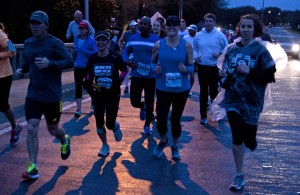 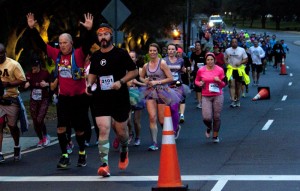 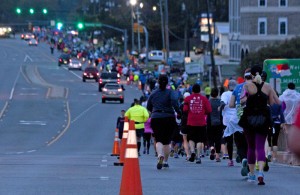 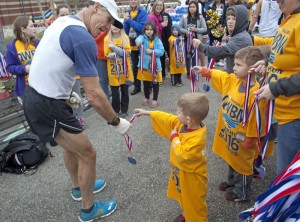 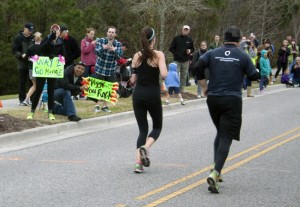 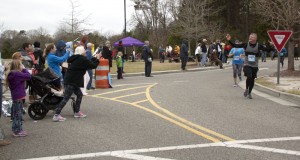 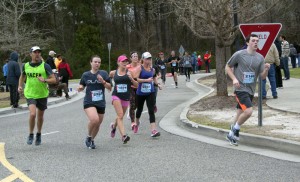 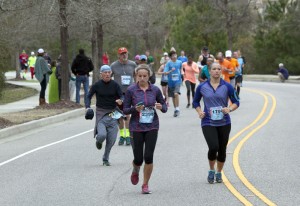 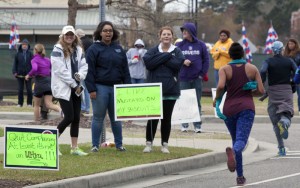 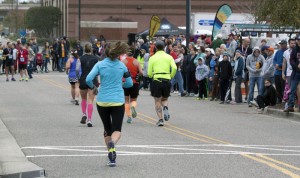 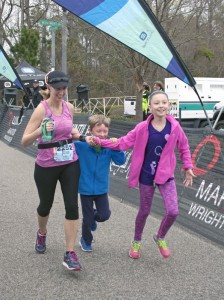 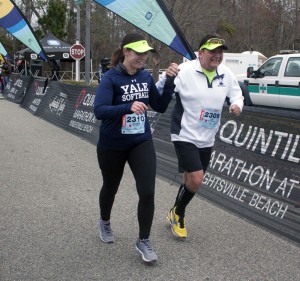 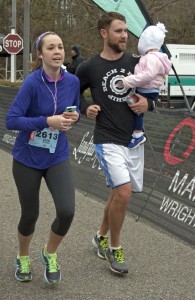 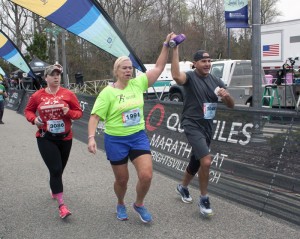 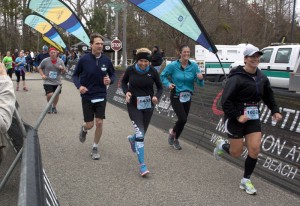 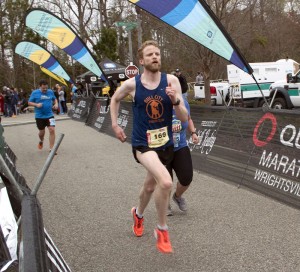