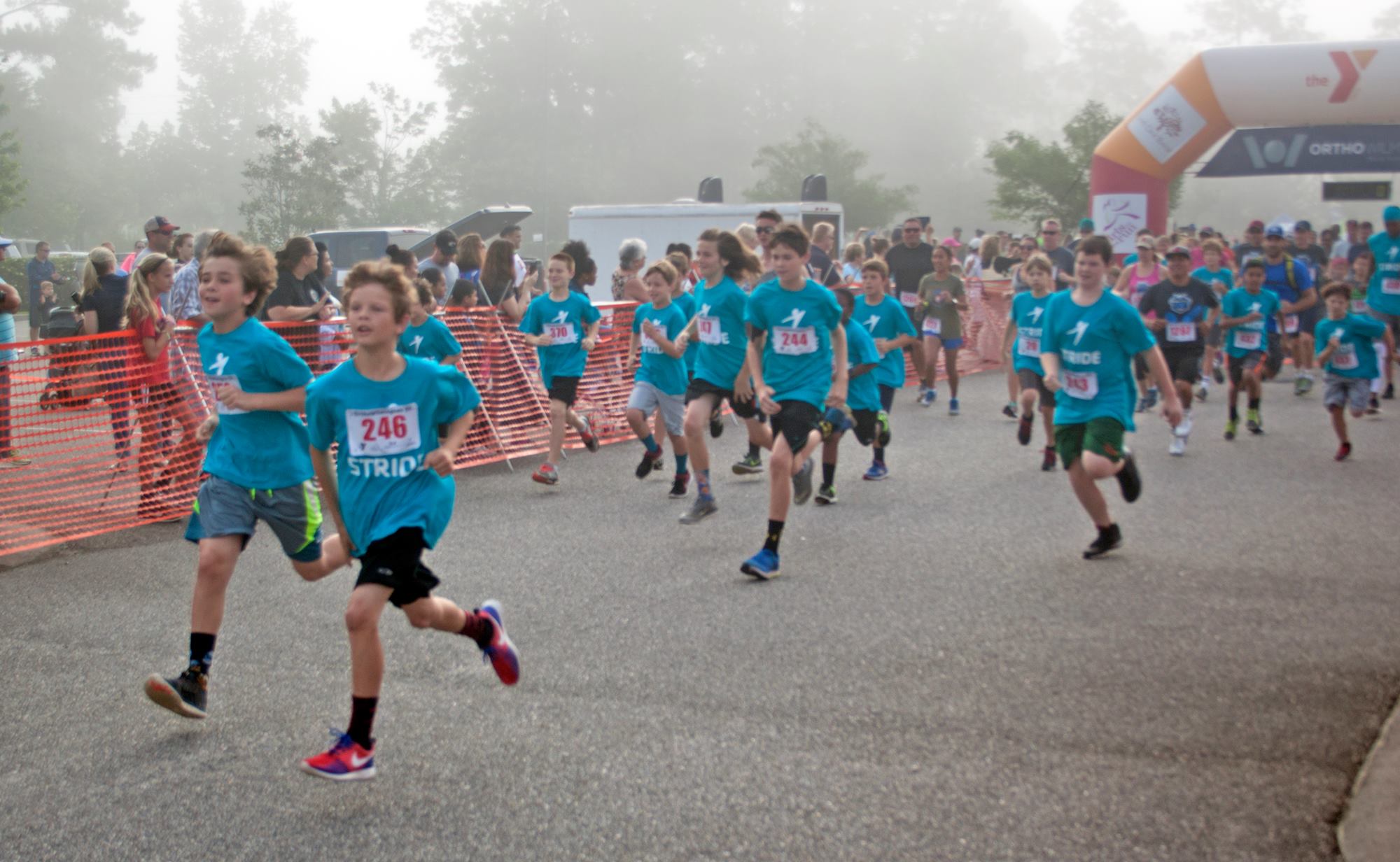 Hundreds of young children sporting matching socks, shirts and colored hair spray took part in the annual OrthoWilmington 5K at Port City Community Church May 14, running in giggling packs or alongside their parents.

The annual race benefits and celebrates youth running programs Girls on the Run and Stride, and many of the runners were members of those groups. But runners of all ages and abilities entered the race, bringing event participation to more than 1,500.

They’ve been training twice a week for the race since March. Two weeks ago, the running groups held a practice 5K to help the children prepare. Parents brought refreshments and gathered around the finish line to cheer on the kids.

“We all stayed until everyone finished and then we had this big celebration,” Stride coach Meredith Hilt said.

Many of the kids were probably just as excited about the practice 5K as the actual 5K, Hilt said. But Girls on the Run parent Kemp Burdette said the actual race was a big deal for his 8-year-old daughter and her friends, as evidenced by their race day preparation.

“They all colored their hair and got matching socks,” he said.

He enrolled his daughter in Girls on the Run for the first time this year because she wanted to join her many friends who participate. In addition to teaching and encouraging a healthy lifestyle, he said the program also instills in the children a greater sense of independence.

The kids run together around their school campus, and while teachers are on site, the children mostly complete the 1- or 2-mile runs without an adult leading them.

“I think she’s really proud of herself for getting to go out and do that,” he said.

The running programs also emphasize teamwork and camaraderie, Hilt added. She’s worked with the same group of Stride boys for three years, and she said “they’ve become very close friends. … This is their sixth 5K together.”

While running is a solo sport, she requires them to do a few group runs during practice, which, she said, “teaches them to stay together, cheer each other on and pace themselves.”

Marcos Briceno, one of the many Stride parents to participate, said doing 5Ks has taught his 10-year-old son David how to set a goal and stick to it.

“I think it teaches commitment,” said Briceno, who ran the whole race alongside his son. “It doesn’t matter whether you walk, you run, you sprint, as long as you finish.”

The children are not overly concerned with setting a personal record or beating one another to the finish line, Hilt added, saying that during the practice 5K, many of the fastest finishers circled back to run alongside and cheer on the slower runners.

“There’s no competitiveness, no ‘I’m faster than you,’” she said. “They’re just a great group and I think they’ve learned so much from this program.”