With overdoses rising in NC, Wilmington comes together for overdose awareness day 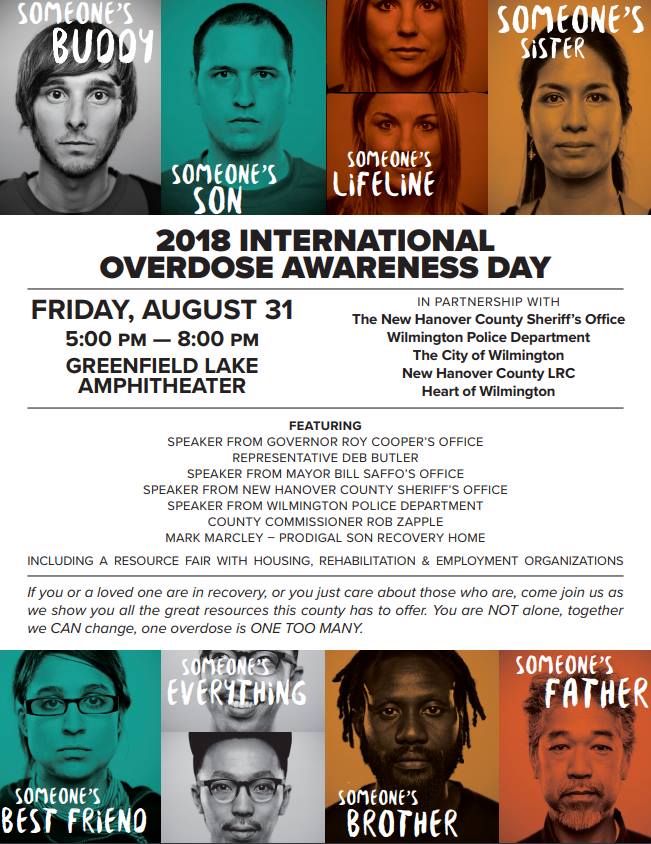 With new data that shows heroin deaths in North Carolina have increased more than 10 times over the past decade, Wilmington will observe International Overdose Awareness Day with an event at Greenfield Amphitheater.

International Overdose Awareness Day will be observed on Friday, August 31 from 5-8 p.m. at Greenfield Amphitheater. 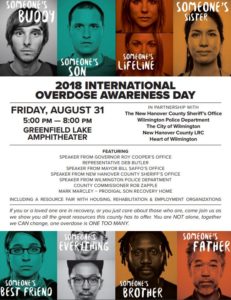 The event will also feature information on local resources for those fighting addiction or family members.