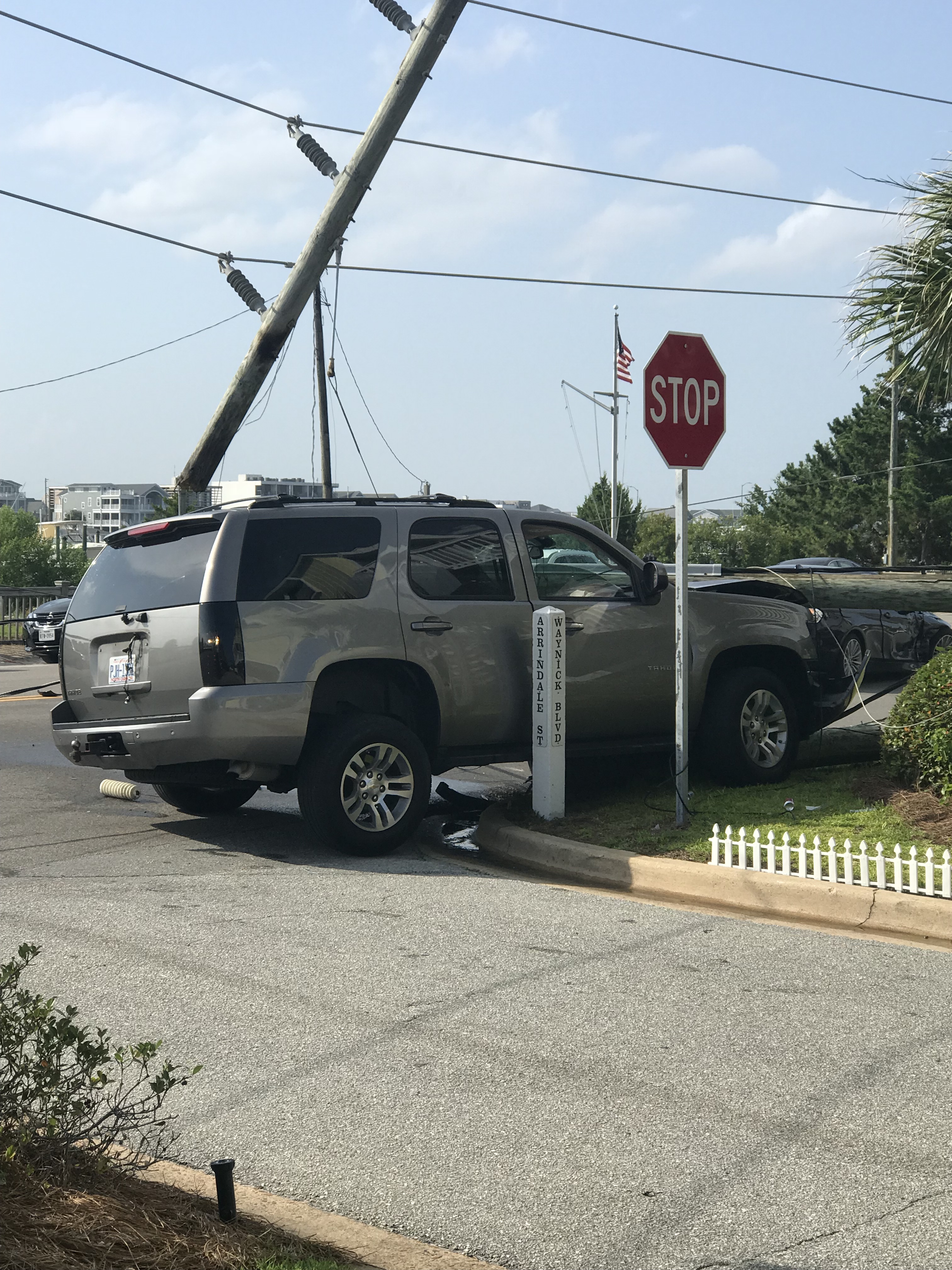 The Thomasville man wanted for more than a year by Wrightsville Beach police for fleeing the scene of an accident that knocked out power to part of the island turned himself into the New Hanover County Sheriff’s Office on Wednesday.

Wrightsville Beach police had charged Matthew Branson, who was 29 years old at the time of the June 2018 wreck, with hit and run and DWI after driving a car into a power pole on Waynick Boulevard, depriving many residents and businesses with electricity on a busy summer Saturday.

After the 4:30 p.m. accident on June 28, police said Branson, whose listed address was in Thomasville, fled with another woman, believed to be a passenger in the Chevy Tahoe SUV that collided with the pole near the intersection of Arrindale Street.

Police said they believe Branson was driving the Chevy Tahoe, which was registered in his name, when it collided with a BMW that was attempting a left turn at that intersection. Wrightsville Beach police said Branson left the scene shortly after the car wreck and have no photos or video that can show how they eluded detection.

Repair crews worked for hours trying to repair the powerline, leaving the island’s south end and parts of Harbor Island without power until nearly midnight, during the peak of tourist season.

The spokeswoman said that there are open charges still pending against Lacey Alexander, the woman believed to be the passenger in the car. She faces charges failure to give aid or information to officers, possession of drug paraphernalia and possession of an open container in the passenger area.

Branson’s next scheduled court appearance is for Sept. 26.