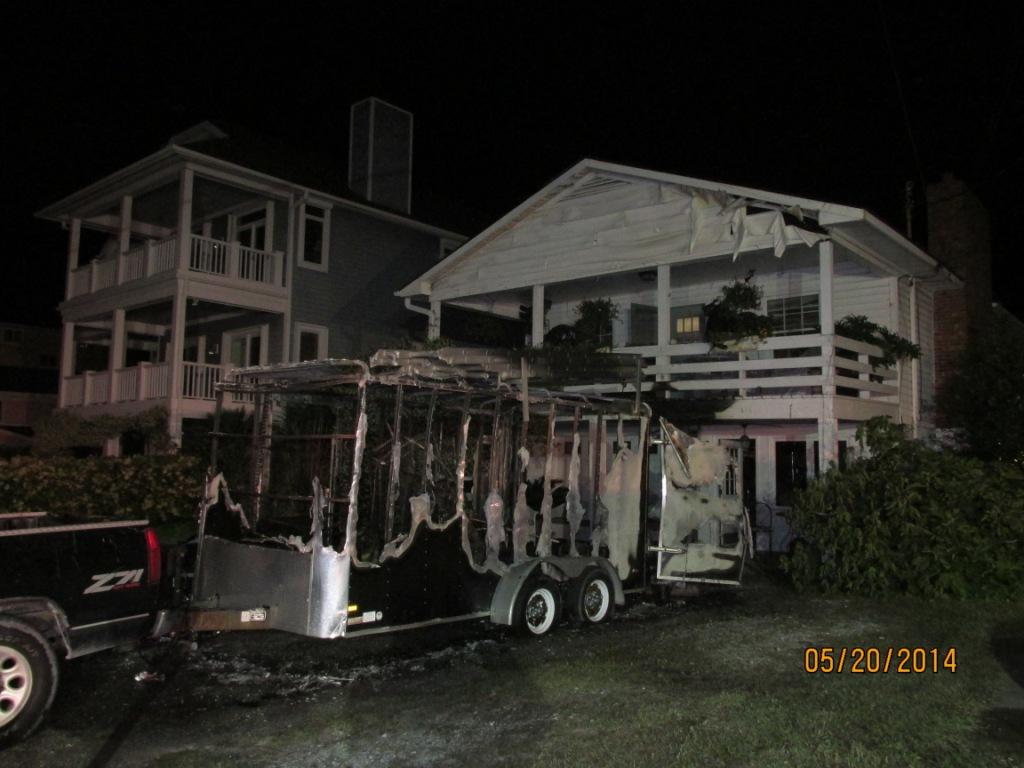 The fire started in the rear of the locked utility trailer at 904 S. Lumina Avenue, with the call coming in around 3:45 a.m.

The Wrightsville Beach Fire Department responded to the fire with two units and about eight firemen.

The New Hanover County Fire Marshal’s Office investigated the scene, but a specific cause has not yet been identified.

“They extinguished it fairly quickly with minimal damage to the structure,” Sosebee said. The trailer was a complete loss, valued at an estimated $20,000-$22,000, including construction tools locked within the trailer.

“We didn’t find the exact cause. We found the area of origin,” Sosebee said. “We’re taking it as undetermined right now until we hear from the insurance company.”

He said investigators are leaning toward electrical as the cause of the fire, but they are pretty much out of the picture at this point. “It is not a suspicious fire,” Sosebee said.