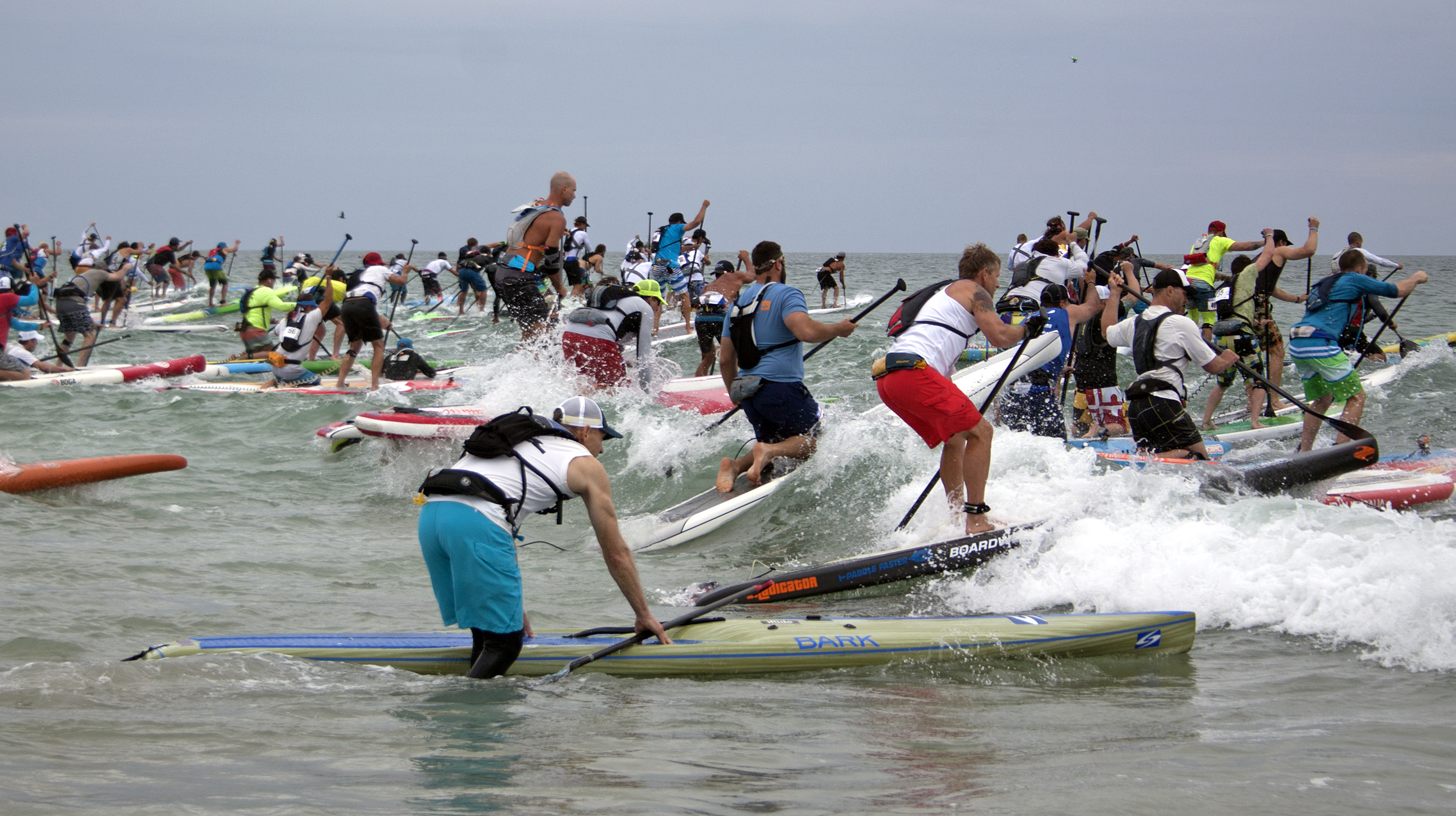 After 13 miles of paddling through the open ocean, two inlets and a grueling flatwater stretch against the wind and current, New Zealand paddleboarding champion Annabel Anderson still had energy to raise three fingers in celebration as she sprinted across the finish line to seize her third consecutive victory in the Carolina Cup’s Graveyard Elite race.

The April 25 competition lived up to its reputation as one of the most challenging in the world with unpredictable conditions throughout the day. A stiff south wind blew around 10 a.m. as the paddlers lined up on the beach in front of the Blockade Runner Beach Resort, 12- to 14-foot streamlined racing boards tucked under their arms.

On the race director’s signal, the 200 competitors from around the world charged into the waves, punching through the surf in a chaotic mass of paddles, boards and bodies. With the wind at their backs, they reached the open water and stroked north through the whitecaps.

Anderson found a good rhythm in second place behind 18-year-old Fiona Wylde from Oregon. The pair surfed through Mason Inlet together and began drafting again in the flatwater. The strategy, Anderson said, is for one paddler to ride in front, doing the work while the other cruises right behind in the wake. But she said the strategy fell apart when Wylde couldn’t muster the strength to take her turn on the lead.

“I was like, ‘We’re either going to work together to put a gap on everybody else, or it’s not going to work,’” Anderson said.

So Anderson just focused on her own race, not looking back. She pushed through the powerful current and gusting winds in Banks Channel, putting more and more space between herself and Wylde.

“I actually kind of prefer going upwind, up current,” she said, “compared to downwind, you kind of get a bit more bite each stroke.”

An ominous draft train formed a few hundred yards behind her as the other top women —— including European champion Sonni Hönscheid and world No. 3 Lina Augaitis — tried to work together to close the gap.

Anderson raced through Masonboro Inlet and back into the ocean, which had become glassy as the wind died off. While she had a solid lead, she said she was never complacent, suspecting the draft train that had formed behind her.

“When you’re one person versus a combined effort like that, that’s really challenging,” she said.

She had no reason to worry. As she surfed in to shore, the next female paddler, Hönscheid, was still five minutes behind her.

The defending champion on the men’s side, Danny Ching, didn’t fare quite as well. He got caught in the hectic jam at the start of the race and had to exert effort in the downwind ocean leg to reel in the leaders, Australian Travis Grant and world No. 1 Connor Baxter from Hawaii.

The three formed a draft train to negotiate the flats, but when they passed through Masonboro Inlet back into the open ocean, Grant pulled in front.

“The downwind … is sort of my specialty,” Grant said. “I like tricky, junky water because it kind of throws people off.”

Despite having about a 60-second lead over Ching, who was holding on to second place, Grant never looked over his shoulder and didn’t begin to celebrate until he reached the sand. 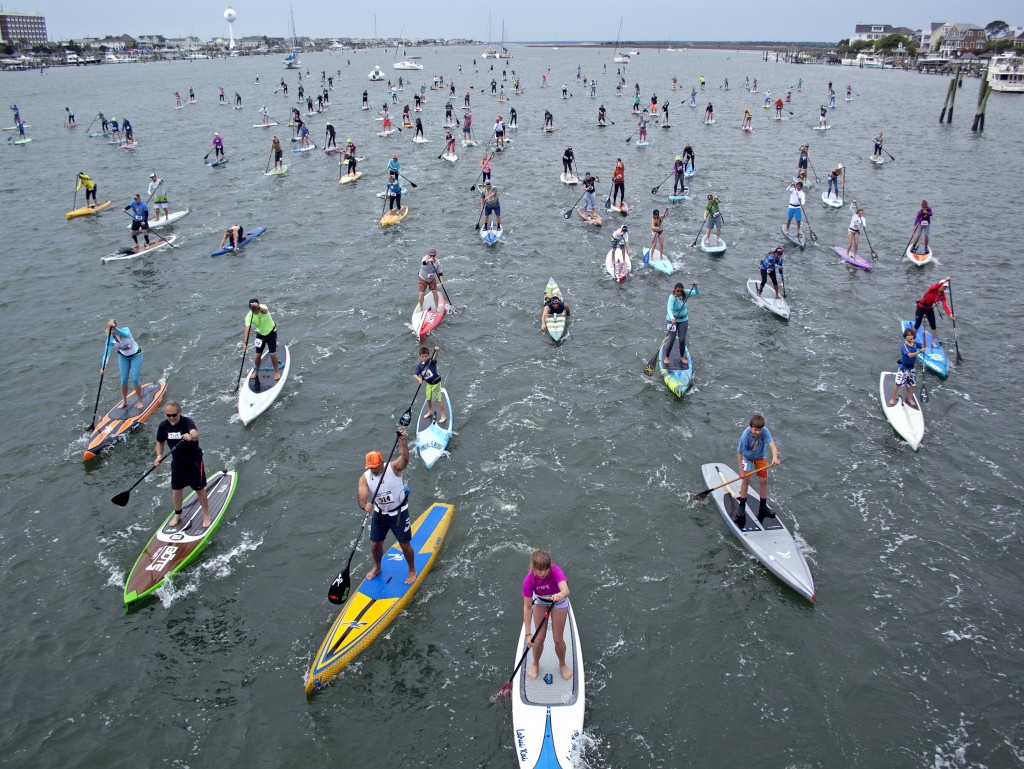 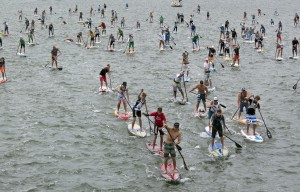 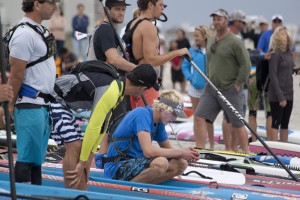 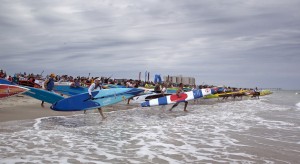 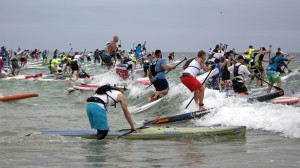 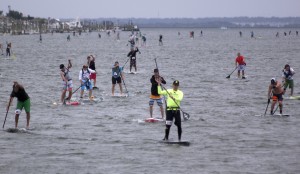 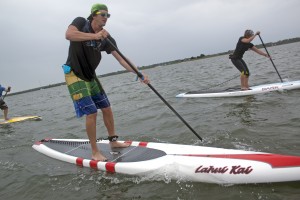 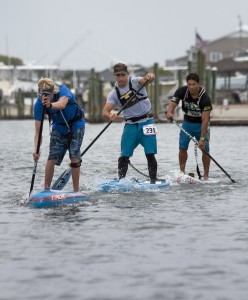 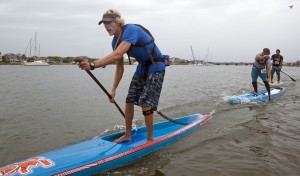 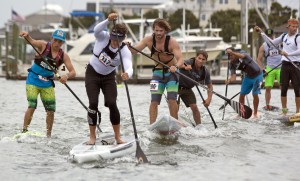 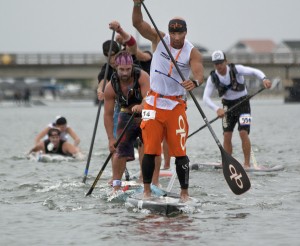 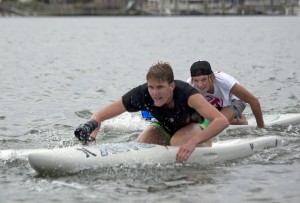 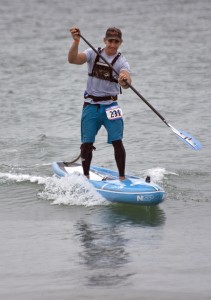 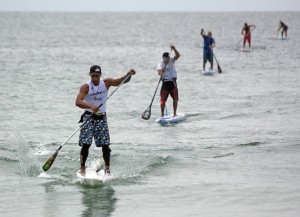 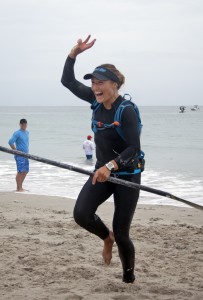